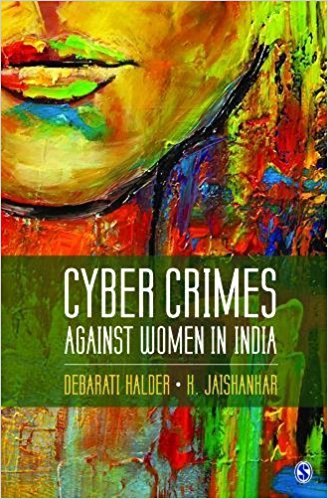 The structural violence at both the public and personal levels that Indian women face routinely in the physical world has taken the better part of four decades to recognize, articulate and resist. Today, it continues to remain one of the biggest crises of Indian social life, taking on new forms and permeating new ecologies. Foremost among these new ecologies is the cyber space. While there is a great deal of emerging scholarship on how the internet is changing social relations, the gender impacts of cyber violence in an Indian context have tended to elude critical scrutiny. The additional challenge in analysing the gender impacts of the cyber media is that their contours are constantly in flux given the unceasing changes in communication technologies over the years.

The book assumes importance precisely for these reasons and it helps greatly that its lead author, Debrati Halder, is a lawyer and therefore conversant with the technicalities of the case law in this sphere. Both authors—Halder’s co-author, H. Jaishankar, is a professor of criminology—have been following the issue closely for a while now. In 2011, they published Cyber Crime and the Victimization of Women: Laws, Rights and Regulations which defined gender-based cyber crime as ‘Crimes targeted against women with a motive to intentionally harm the victim, using modern telecommunication networks such as the internet (chat rooms, emails, notice boards and groups) and mobile phones (SMS/MMS).’ In 2013, they came out with ‘Use and Misuse of Internet by Semi-Urban and Rural Youth in India: A Baseline Survey Report’, which underlined the low threshold of understanding on concerns like privacy that this cohort of internet users displays.