From The Margins Of Political Society 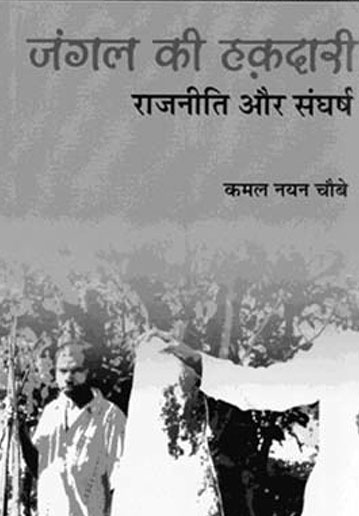 There are two intrinsic aspects that characterize the newness of this study. The book establishes a serious engagement between political theorization and everyday world of tribal communities in contemporary India. It evokes the notion of law as a determining reference point to understand the changing political world of tribal communities. The discourse of tribal rights is not introduced to the reader as rhetoric; rather the author systematically unpacks the connection between law and tribal agitation historically for cultivating empirically imbedded and theoretically informed arguments.

At the same time, the book also underlines a strong intellectual adherence to Indian languages. The author makes a courageous attempt to bring out an original research-based monograph in Hindi. He carefully follows the technicalities of social science research for innovating terms, producing concepts and expressing nuanced arguments. Avoiding the trap of literal translation to make his expressions simpler and clearer, the author intentionally stays away from linguistic jargons of Sanskritized Hindi.

The book revolves around the Scheduled Tribes and Other Traditional Forest Dwellers (Recognition of Forest Rights) Act, 2006 and raises a fundamental question: how to make sense of those laws that endorse the rights of marginalized communities? The six chapters of the book are organized to answer this question. The first chapter contextualizes the forest rights law in the wider legal-constitutional discourse and offers us an overview of the evolution of a modern legal framework in colonial and postcolonial India. The next chapter traces the genealogy of the forest rights law in contemporary India. We are introduced to various layers of public debate on this law by highlighting the significant and constructive contribution of tribal movements and other stakeholders. The fourth chapter is an outcome of ethnographic fieldwork conducted by the authors in a few identified villages in the Surguja district of Chhattisgarh. This chapter discusses a number of relevant questions—the local history of the villages, the nature of land ‘ownership’, and the concept of ‘beja qabza’ (illegal encroachment) that has been evoked quite frequently by forest officials while dealing with tribal communities.

The scope of this grass-roots-centric discussion is expanded in the fifth chapter of the study. The author follows various conflicting arguments related to the Scheduled Tribes and Other Traditional Forest Dwellers bill by tracing the fine-points of this debate. This elaboration helps Chaubey to makes two broad arguments: First, the tribal communities in contemporary India may legitimately be described as the constituent of ‘marginal society’. Second, the apparently progressive State law in relation to tribal communities’ traditional claims on forest land is an example of ‘legalism from below’. Chaubey argues that the tribal communities recognize the domain of law as a political field to produce a democratic politics of rights.

To evaluate the explanatory capacity of these arguments, it is important to look closely at the theoretical framework of this book. The recent discussion on the notion of political society is recognized as a conceptual map to revisit the state-tribal relationship. Chaubey evokes Partha Chatterjee’s conceptualization of political society as a point of departure, especially the distinction between civil society and political society.1 While recognizing the theoretical usefulness of this sharp distinction, Chaubey finds this conceptualization unfit for studying the tribal politics of law. In an elaborate discussion, Chaubey says, ‘Chatterjee’s emphasis on everyday life of the governed is useful; but he somehow reduces the activities of political society merely to certain “give-and take”… this formulation cannot help us in understanding the nuanced politics of tribal groups (vanvasi/vanashrit)…. In my view we have to go beyond the idea of political society…. The activities, movements and struggles of these tribal groups constitute what I call, “marginal society”’ (reviewer’s translation; p. 47).

Chaubey notes various similarities and differences between political society and the marginal society. This comparison helps him in specifying the distinctiveness of marginal society as a concept. According to him, the most striking feature of marginal society is legalism from below. Discussing Julia Eckert’s argument, Chaubey suggests that the law has emerged as a ‘weapon of the weak’ for tribal communities over the years. It has enabled them to carve out a space for rights-based politics in the seemingly anti-tribal political atmosphere in contemporary India. The discussion on the role of non-tribal activists, concerned individuals and intellectuals is very relevant. Chaubey shows the process by which political agitations are translated into legal claims. In his view, various stakeholders do function as catalysts in the realm of marginal society; but, they may also be characterized as members of ‘civil’ society in the conventional sense of the term (p. 48).

This persuasive theoretical framework is very creatively employed in the book. However, there are two inconsistencies, which affect the trajectories of Chaubey’s arguments. The first problem is primarily about the work of theory in the overall structure of this study.2 Chaubey, it seems, sets out a theoretical map for his empirical endeavour well in advance. This intentional prioritization of theory forces him to devote his intellectual energies either to collect favourable empirical instances to support his claims or to rework on the theoretical map in such a way that it could get adjusted with empirical details. His interpretation of legalism from below does not go beyond the marginal society’s quest for democratic egalitarianism. At the surface level this claim can easily be substantiated by describing the manner in which laws are employed by the tribal communities in the case study villages. But, at a deeper conceptual level, a highly uncontested picture of marginal society emerges. Chaubey does not look at the internal power structure of the society he studies and offers a rather fixed imagination of the marginal society. This has been the reason why he could not adequately specify his discomfort with the notion of ‘political society’ (p. 175).

The second inconsistency is related to the selective treatment of different stake-holders (NGOs, academics, activities etc.) in the functionality of marginal society. Chaubey gives us a very romantic picture of these actors. The ‘give-and-take’ attitude with the state (which he invokes on several occasions in the book) is not studied either in relation to the project-based functioning of NGOs in tribal areas or the politics of prominent activists and/or academics. As a result, a very neat and clean empirical configuration is offered: tribals are marginal; they are conscious; they are given support by actors from outside; they imbibe law in the struggle for survival! In other words, Chaubey does not go beyond the rhetoric of weapon of the weak. This paradox, nevertheless, is not specific to this book. The political correctness (which has evolved in the last three decades) has produced certain terms of discourse, which are often employed to ascertain the moral-political significance of academic arguments. This is precisely the reason why one encounters a hesitation—an intentional unease—in the writings of young scholars, who prefer to stick to a rather safe conformist position.

In any case, these limitations do not affect the wider contribution of this book. This is a pioneering book in Hindi, which by all standards, poses an intellectual challenge to the hegemony of the English-dominated world of India social sciences. No serious reader of Indian politics, in my view, should ignore Jangal ki Haqdari!

Hilal Ahmed is Associate Professor at the Centre for Development Studies, Delhi.