Four Girls and a Mystery to Solve 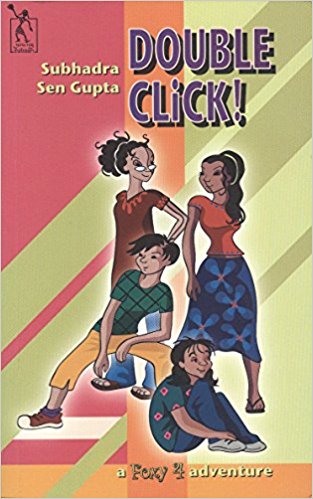 Any book beginning with four 16 year olds in a boarding school reminds you at once of the usual clichés about a detective story—stories of families, bullying teachers, secrets, unhappy classmates et al. But Sen Gupta’ story is different and refreshingly contemporary, almost necessarily so. Her story takes time to warm up, and in the end, proves an entertaining, and a very absorbing read. The foxy four are Padma, Mandy, Jahan and Charu, the narrator, 16 year olds who are fast friends. When Simran, Charu’s poor rich and very silly classmate goes missing, the girls with their different talents get together hoping to track down her whereabouts from a probable and long list of suspects. There is her churlish father, her worried to death mother, a nerdish brother, misunderstood poor relatives, a too smooth disc jockey, the two shadowy men she hung around with, a model agency coordinator – yes, a list of suspects long enough to justify its 170 pages of the book.

And with their different talents, the foxy four manage to crack the case with ease. There’s Padma the computer nerd who is able to hack into Simran’s account and send emails that would lure probable suspects; Mandeep or Mandy who pretends to be dumb but her dumbness is a honey trap, Jahan, the tomboy and fitness enthusiast, underage car driver, who bullies and cajoles Charu the narrator, who is actually quite a brain behind her bookworm image.

The search for Simran takes them into murky territory, but savoir faire, the interventions of a kindly aunt and a sister with a nose for mystery rescue them through timely interventions. The story moves from the labyrinthine lanes of old Delhi, across expressways and flyovers, discotheques in upmarket greater Kailash, and there are face to face encounters with cheesy disk jockey, an oily drug pusher who initially takes Mandy’s fancy, and in a cameo, a surprisingly understanding policewoman. And of course, there is Raghav, Simran’s nerd of a brother, as brilliant as she is dumb who pieces in with vital clues at the opportune time.