For a Global Ethic of Pluralist Universalism 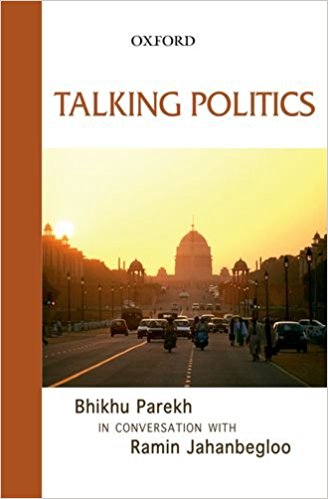 Professor Lord Bhikhu Parekh, Padma Bhushan, is a British-Indian political philosopher, whose books on Bentham, Marx, Arendt, Gandhi, multiculturalism and the politics of identity have been very well received in the academic communityand justifiably so. In a 2010 book celebrating the sixtieth anniversary of the Political Studies Association of the UK he is featured among the 15 seminal thinkers in British political theory in the twentieth century (cf. book of the same title edited by Paul Kelly and published by Wiley-Blackwell). In Parekhs book Rethinking Multiculturalism: Cultural Diversity and Political Theory (London: Macmillan 2000; reviewed by the present writer in Economic and Political Weekly 3 February 2001; second edition Palgrave Macmillan 2006) Homi Bhabha (as he is quoted on the books cover) finds a lucid and luminous examination of the lives and times of liberalism in the context of multicultura-lism migration and cultural displacement. Parekhs more recent book A New Politics of Identity: Political Principles for an Interde-pendent World (Palgrave Macmillan 2008) carries on its cover commendations by Charles Taylor and Anthony Giddens.

The former writes that the book casts new light on the most troubled issues of our time. According to the latter Parekh traces out with great skill the massive implications for personal and collective identity of living in a more interdependent world and the need forand problems of creatinga global ethics. Parekhs books on Gandhis political thought continue to remain among the best scholarly writings on the subject (two of them have been reviewed by the present writer in the Indian Journal of Social Science Vol 3 No.1 Jan. 1990). The book under review is appro-priately sub-titled Bhikhu Parekh in Conversation with Ramin Jahanbegloo. Jahanbegloo is an Iranian philosopher teaching at the University of Toronto whose publications include a book on Gandhi and book-length conversations with Isaiah Berlin Ashis Nandy Sudhir Kakkar and Raj Rewal.