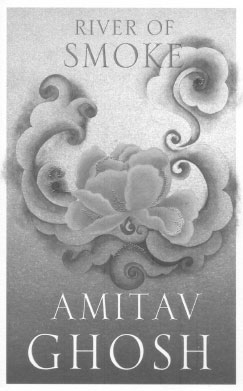 At the close of River of Smoke, the second novel in Amitav Ghosh’s Ibis trilogy, the ex-zamindar Neel Rattan speaks of a painting he acquired on his last visit to Canton. The painting shows Fanqui-town, the site of the Thirteen Hongs or factories set up by foreign traders on the Pearl River in Canton, in flames. As Neel points out, the picture is itself based on a dream, since the burning of the Thirteen Hongs only took place seventeen years after the picture was painted (in 1839) by Robin Chinnery, a fictional, illegitimate son of the Company painter George Chinnery. Although it cost more than he could afford, Neel says, he bought it anyway, since ‘if it were not for these paintings, no one would believe that such a place had ever existed.’ The same is true of Ghosh’s novel in some respects. Set in the period immediately before the First Opium War of 1839-42, fought by the British to secure trading rights in China, it traces a set of personal and political trajectories that would otherwise remain forgotten or ignored.

While the personal might be invented, the political is very much the stuff of history. The ambiguity of this relation between representation and reality is crucial to the work of the historical novelist, who must dream a history before he finds it, and found fiction upon fact.