Finding the Middle Ground in an Interdisciplinary Debate 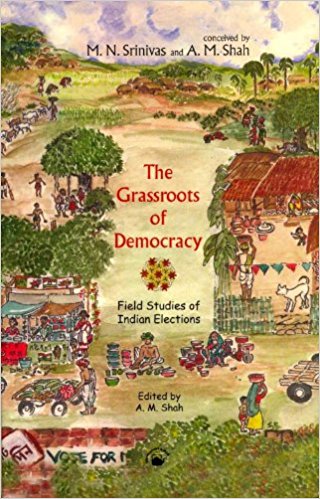 The elections examined in this volume were held in the mid 1960s/early70s when studies of voting behaviour were just beginning in India. While the individual contributions can be read as useful accounts of elections and voting behaviour in local communities, their importance lies in the attempt by the editor A.M. Shah to use them to demonstrate the value of the anthropological method of grassroots fieldwork for studying elections, as against the survey and statistical method used by political scientists. The response by Yogendra Yadav in the epilogue provides a rich debate between the social anthropologist’s micro-field view or, according to M.N. Srinivas the ‘worm’s view’, as against the macro or ‘bird’s eye view’ (p. 2) of political scientists. Hence, the volume raises seminal methodological issues for scholars researching elections in India. Conceived originally by the eminent anthropologist M.N. Srinivas and edited by A.M. Shah, the volume consists of eighteen field studies of national/state elections covering a wide spectrum of rural, tribal and urban communities in ten Indian states and published for the first time: eleven essays on the 1967 elections and eight essays on the 1971 elections.

They show how local events and disputes such as shifts in electoral alliances between village leaders during panchayat elections; conflict between families of dominant brahmins over the appointment of village officers; refusal of the dominant castes to allow lower caste members to build their houses near the village site; disputes over land, factional conflicts and patron client relationships can affect electoral outcomes.