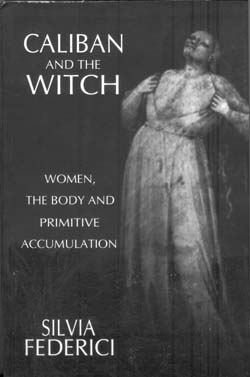 It is indeed ironical that I was reading to review this absolutely brilliant book by Sylvia Federici around Halloween, which narrates the dark saga of Witch Hunts in Europe during the 15th-17th century. In fact Witch Hunts had consumed Europe for more than 200 years, a practice that coincided with the rise of capitalism in Europe. In this extremely thought-provoking book, Federici explores the origins of capitalism rooted in the severity of oppression of workers and within that, in the brutal subjugation of women. The book is an excellent documentation of the history of the European peasant movements that fought against the oppression of their time. In a way, the book attempts to recount the story of the making of the European working class from a Feminist-Marxist perspective. The author has tried to connect the defeat of these movements to the imposition of a new patriarchal order that divided the male and the female, especially the working class, a division that has been entrenched into the structure of capitalism so deep, that it continues to be the basis of discrimination faced by women in general, and women workers in particular, within the labour market across the global spectrum.