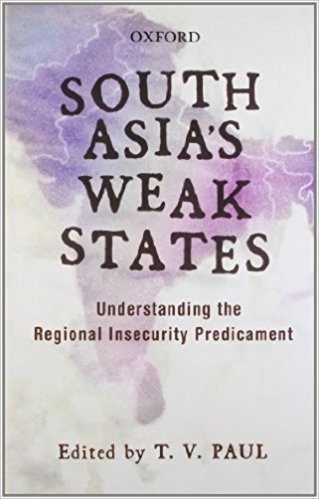 It is commonly argued today that the greatest threats to world order and security come not from strong and well-organized sovereign states, but the world’s most fragile states, alternatively called ‘failing’, ‘quasi’, ‘faltering’ or ‘weak’ states. While the first murmurs about these so-designated ‘failed states’ began to be heard around the time of the Clinton adminis-tration, the notion was popularized by Robert Kaplan’s seminal work The Coming Anarchy which sought to warn western governments of the impending threats to global security from the ‘regressive developments’ in West Africa and most of the developing world—’the withering away of central governments, the rise of tribal and regional domains, the unchecked spread of disease, and the growing perva-siveness of war.’ The events of 9/11, in the aftermath of which the US identified states like Afghanistan and Somalia as potential terrorist havens that it believed would be used to train, arm, and attack the developed world (a fear reflected in its 2002 and 2006 National Security Strategies), provoked significant academic and policy interest in the issue, resulting in a substantial increase in the literature on the subject.

While a great deal of the extant ‘state failure’ literature relates to Africa, there is little academic work on the subject in the context of other regions such as South Asia.

Given this lack of scholarly literature on weak/failed states in regions outside the African continent, South Asia’s Weak States: Understanding the Regional Insecurity Predicament is a welcome addition. The principal aim of the book is to assess the perennial insecurity, both domestic and regional within South Asia. Paul contends that South Asia’s multifaceted insecurity predicament can be explicated by two important factors—the presence of weak states and weak cooperative interstate norms.It is commonly argued today that the greatest threats to world order and security come not from strong and well-organized sovereign states, but the world’s most fragile states, alternatively called ‘failing’, ‘quasi’, ‘faltering’ or ‘weak’ states. While the first murmurs about these so-designated ‘failed states’ began to be heard around the time of the Clinton adminis-tration

The book has a fair mix of the theoretical and empirical. It devotes substantial space to both, the conceptual analysis of state weakness and regional insecurity in South Asia, and individual country case studies.

In particular, the essays in the second section on the theoretical aspects of state weakness are refreshingly nuanced and offer useful insights into the subject. Benjamin Miller, in his essay ‘State, Nations, and the Regional Security Order of South Asia’, uses a historical-sociological lens to view the region’s insecurity. He identifies the ‘state-to-nation incongruence’ or the ‘incompatibility between political boundaries and national identification’ as a potent underlying factor for the region’s ‘war-proneness’.

Matthew Lange’s essay on ‘State Formation, Consolidation, and the Security Challenge’ underlines the need to re-examine the concept of state failure/weakness and locate it in a larger historical context; in the case of South Asia, the colonial context. According to Lange, historical processes of state formation have a profound impact on state capacity, demonstrated perhaps most effectively in the case of South Asia.

Insecurity in South Asia, which is home to a myriad ethnic, linguistic, religious and other identity groups, is thus seen as rooted in the processes of state formation in the subcontinent which attempted to replicate the Westphalian model of the nation-state.

The essays by Lange and Miller echo the views of Mohammed Ayoob and others who trace the security dilemma of the Third World to the evolution of the modern nation-state. While European states developed into nation states over a period of four to seven centuries, countries in the global South, Ayoob has argued, were expected to complete this ‘nation-building’ process in the course of a few decades, ‘that too, by simultaneously undertaking all the stages of nation-building…with its inherently contradictory pulls and pressures.’

Unlike the Westphalian nation-states whose key characteristics included ‘relatively homogeneous populations; the consolidation and legitimacy of state institutions and, fixed and legitimized territorial boundaries’, most Third World states had plural and diverse societies. The application of the monolithic nation-state model to such multicultural societies prevented them from developing into politically and socially cohesive units.

Navnita Behera, in her essay on ‘Discourses on Security’ (2002), has identified this as the motivating force behind most separatist and secessionist movements in the region—Assamese, Tamil, Baloch, Kashmiri, which though diverse, converge on an ‘uncompromising opposition to centralized political authority’. The entire process of state formation in the subcontinent which sought to impose uniformity ‘on the (diverse) sub-nationalities in the interest of the nation-state’, thus, rendered political spaces deeply contested.

The drawing up of arbitrary national boundaries by the colonial powers, which disregarded the demographic spread and distribution of ethnic groups, creating artificial divisions between members of the same ethnic community and consequently, denying them a separate nation-statehood, resulted in what Miller terms ‘state-to-nation incongruence’. Borders in South Asia were arbitrarily carved out, leaving in their wake both unsettled border disputes between neighbouring states and forcibly divided ethnic groups, as in the case of the Afghan-Pakistan border which divided the Pashtun tribes, leading to demands for a separate ‘Pashtunistan’.

The incongruence between demographic and political boundaries and strong cross-boundary cultural linkages, therefore, has often led to violent ethnic mobilization in the pursuit of demands made by these groups. As pointed out elsewhere by Sibashis Chatterjee, the movements in India’s northeast for a ‘greater Nagaland’, ‘greater Mizoram’, and ‘Kukiland’ are just some examples from South Asia of such ‘irredentist ethnic claims’ that extend beyond state boundaries and involve the territories of other neighbouring states.

Another aspect of the security dynamic in South Asia—the purported ‘rise’ of civil society and its popular perception as a potential alternative ‘either to compensate for state weakness or to instigate successful projects for peace building and regional security’ (p.123), has been explored, contested and strongly critiqued by Mustapha Kamal Pasha in his essay, ‘Civil Society and Weak States in South Asia’.

“Insecurity in South Asia, which is home to a myriad ethnic, linguistic, religious and other identity groups, is thus seen as rooted in the processes of state formation in the subcontinent which attempted to replicate the Westphalian model of the nation-state.”
The largely accepted characterization of civil society as some sort of an antidote to weak state capacity is deeply problematic. Pasha’s essay in the volume and other available literature on ethnic activism and studies on civil society have pointed out the marked incongruence between the dominant understanding of civil society as predicated on ideals of dialogue, tolerance, accommodation and associative freedom, and the reality of civil society in South Asia.

Civil society, Pasha rightly points out, is not just associative and inclusionary, but also has within itself elements that can erect exclusionary nationalisms, often through violent means. In India, the rise of ‘Hindutva’ which is based on a virulent ideology of Hindu chauvinism and the rise of Islamist groups in Pakistan are examples that illustrate the complex and discordant character of civil societies in the subcontinent.

The country chapters in the volume-on India, Pakistan, Nepal, Afghanistan, Bangladesh and Sri Lanka, trace the history of the creation of these states and the developments and forces, both internal and external which have, in many respects, deepened the weakness of state capacity in these countries. Although the Editor cites constraints of space as the reason for excluding Maldives and Bhutan from the analysis, it would have been interesting to see why Bhutan for instance, despite being among the more ‘peaceful’ and relatively stable states in the subcontinent, has been ranked among the top 60 failed states in the recent Failed States Index prepared by the Foreign Policy magazine. The exercise perhaps, could have helped uncover certain inherent weaknesses in the failed states discourse.

Afghanistan is a state with a history of foreign interventions that were responsible for its gradual descent into fragility and chaos, compounded by the various ethnic, sectarian and tribal faultlines within the country. These interventions consequently, prevented or at least decelerated the organic growth of effective public institutions within the state. Rasul Baksh Rais’s essay on Afghanistan is an exploration of this dimension of the country’s instability and the consequent disruption of its natural evolution as a cohesive political entity.

The present volume thus successfully avoids one of the most significant pitfalls of the mainstream ‘failed states’ discourse (which tends to gloss over the role of external actors—state and non-state—in causing and perpetuating state weakness), by firmly locating its analyses of the domestic and regional insecurity in South Asia in a historical context. Further, the regional impact of state weakness has been relatively less explored vis-a-vis its global ramifications. The introduction of a regional-level analysis therefore is an important contribution of the book to academic and policy debate.

Most work on the causes of state failure has tended to sideline global structural forces such as the division of labour in the global economy and globalization (which have the power to initiate, develop, and/or transform processes of state failure at the national level), in favour of more endogenous factors to explain state weakness. To understand state failure in its entirety, as has been pointed out by commentators such as David Sogge, it is vital that globalization be taken into account to explore how the entrenchment of weak state structures has been affected by the global political economy.

While political accountability has increasingly been oriented upward and outward, to foreign economic actors and the aid system, accountability to domestic populations has been largely reduced to periodic elections. Empirical studies demonstrate how the integration of already weak states into the world economy has left them more vulnerable to the volatility of the free market. The recent financial crisis makes it even more pertinent to analyse the links between the global political economy and the exacerbation of state weakness. The present volume, despite an essay on ‘Economic Globalization and State Capacity in South Asia’, fails to address these linkages. It regards instead, as largely positive, the impact of globalization in strengthening state capacity in South Asia.

South Asia’s Weak States: Understanding the Regional Insecurity Predicament is well-researched and well-argued, and is a valuable contribution to the growing body of scholarly literature on failed/weak states and South Asian security. It will be of much interest to scholars, policy analysts and students of South Asia.
[/ihc-hide-content]