Far Reaches of the Ocean 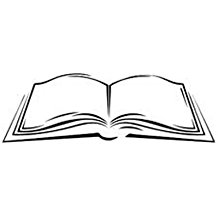 Aazhi Soozh Ulagu, the title of the novel under review, is an exquisite phrase from Kamban’s Ramyanam (circa 12th century CE), which occurs in Kaikeyi’s exhortation to Lord Ram before he is sent away into exile for fourteen years. ‘All of this ocean-ringed earth is Bharathan’s to rule,’ declares Kaikeyi, while Ram must travel into the jungle to undertake ‘intolerably arduous’ penance, live austerely and bathe in the waters off hallowed pilgrimage centres, before returning home in two times seven years. In a contemporary reworking of this metaphor, playing on the multifarious meanings of ‘Ulagu’, the title of this debut novel by Joe D’Cruz, first published in 2004, refers to the Ocean-Ringed World of a community of fishermen in a coastal village south of Tuticorin in southern Tamilnadu. The vastness of the ocean, which provides daily sustenance and brings death in unpredictable, uncertain ways, is the backdrop of the narrative in which awesome and tragic destinies of men, women and children are played out on the sands, in the briny air and on the unplumb’d, salt ocean over five decades—from 1933 to 1985.