Fair is Foul, Foul is Fair 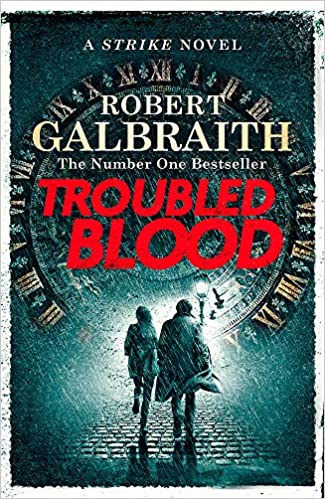 For detective fiction lovers September 2020 was a month of exceptional anticipation. Robert Galbraith a.k.a. Joan K Rowling was scheduled to launch the fifth novel in the Strike series. Given her outstanding reputation, the Troubled Blood predictably grabbed the headlines and quickly made it to the top of bestseller lists across the world. Now, bestseller lists are tricky things, for a book with good reviews may fail to sell and hence never feature in such lists or, conversely, a book with mixed (or even bad) reviews may sell in millions and fast climb the bestselling charts. The case of Troubled Blood is something of the latter. The book has received reviews ranging from phenomenal to not only quotidian but even poor. Rowling comes across as a tired and slow writer in Troubled Blood. Surely, the book has its redeeming moments, but by the time this heavily publicized detective fiction of astonishing length ends, the reader is likely to feel not only somewhat let down (and unconvinced) about the solution but also a trifle frustrated with spending so much time, pretty much pointlessly, reading through and reaching it.

So, let us see what happens in Troubled Blood? Well, detective fictions follow widely differing templates. In this story Rowling takes to the classic Whodunit pattern wherein the description of the crime is followed by a long investigation and climactic identification of the perpetrator. The central plot revolves around the disappearance of Dr. Margot Bamborough, a London based GP, in 1974. Private detectives Cormoran Strike and Robin Ellacott take up the investigation of this unsolved case at the ardent request of the doctor’s daughter; curiously, Margot’s husband is chagrined by this gratuitous initiative of their daughter. Though it is for the first time that Strike and Ellacott are on a forty years old cold case, yet thanks to painstaking research and close examination of the available evidence, and also leads left behind by, among others, the dead DI Bill Talbot, the duo is able to finally unravel the mystery behind the vanishing act of Dr. Margot Bamborough.