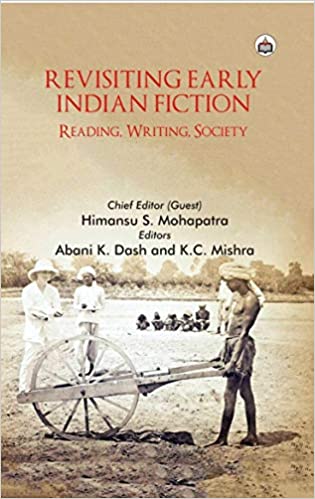 A late bloomer, the Indian novel at the turn of the nineteenth century was a form in transition. As it started to edge away from the dominant themes of romance and domestic bliss, it became both socially engaged and self-conscious. Interestingly, these two divergent trends came to be condensed in the figure of the reader who had begun to appear in many of the novels of the time. That this reader was in most cases a female reader was perhaps the most significant fact. Not only did the woman character in a novel turn out to be more enlightened than the male characters she was pitted against; her initiation into an ‘ife of the mind’ was through reading novels. As scenes of women reading and writing abounded in early Indian fiction, the novel turned into an ideal site where gendered hierarchies were played out, and often questioned, if not transcended.

Coming out of an international conference held at the English Department of Karanjia College in Odisha, the book under review features essays which seek to reframe our understanding of the early Indian novel by viewing it through the lens of precisely those activities which are constitutive of the genre, namely reading and writing. At its heart lies the female reader who is traced across an array of Indian language and Indian English novels, and, who becomes the agency of an irrepressible desire for subjectivity. By taking this figure as a point of departure, the essays in this volume attempt to chart the emancipatory potential of the acts of reading and writing. The essays also give us insights into how the opening up of a literary-critical space within the narrative facilitated the exploration of larger questions of gender, class and caste in Indian society, turning the novel from a stigmatized form to a respectable entity in the process.