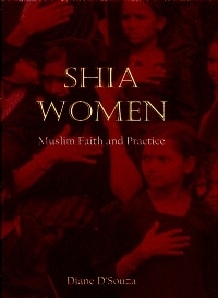 Diane D’Souza has presented a rich and fascinating insight into the devotional life of Shia Ithna Ashari (Twelver) Muslim women of Hyderabad in India. In an ethnographic study, based on participant observation, she has studied the religious rituals and activities undertaken by these women and the meanings that they attach to them. The author has presented the religiosity of these women on their own terms rather than evaluating them against some defined standard of official Shiite Islam.

D’Souza has posed three main questions: How do pious Shia women nurture and sustain their religious lives? How do their experiences and beliefs differ from or overlap those of men? What do gender-based religious roles and interactions, if any, tell us about the Shia faith? Her entry point into the study is her dissatisfaction with traditional paradigms of religious studies in which religion is limited to abstract core principles and certain well understood routine practices, and most ritual activities undertaken by women are pejoratively dismissed.