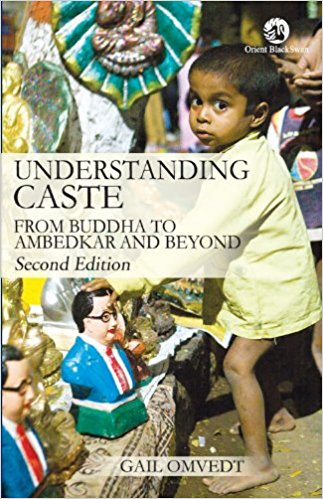 Gail Omvedt’s book attempts to understand caste, critiquing the position that equates Indian tradition with Hinduism making Vedas the foundational texts of Indian culture that imprisons even secular minds within brahmanical perspective and proposes to go beyond the debate of posing secularism or reformist Hinduism as an alter-native to Hindutva. It traces the emergence of resistance and revolt in Buddhism, the Bhakti movement, also during the colonial and postcolonial periods, where not only the anti-caste but also anti-patriarchal strands are visible and pervasive. Looking into the alternative visions offered by dalit politics and dalit visions, the book reflects upon their successes and shortcomings by arguing that at some point of time, it would have to go beyond the term ‘dalit’.Omvedt points out that the founding of the Magadha-Mauryan state was the time that the subcontinent as a territory came to be known throughout the world as Hindustan or Al-Hind in Arabic. Over time, brahmanism acquired tremendous cooperative and absorptive powers as long as the dissident elements accepted their place within the caste hierarchy.

Bringing in the challenges, the Buddhist vision in ancient India was not only different but also antagonistic to the Vedic culture, where it opposed caste unequivocally (p. 12). Buddhism played a vital role in contesting the definitions of the existing social order, where caste and untouchability remained dominant practices; and the new social order offered by Buddhism gave an important role to untouchables. Buddhism even at its peak encouraged pluralism and never imposed it as a state religion playing a vital role in opposing communalism and caste-based discrimination.