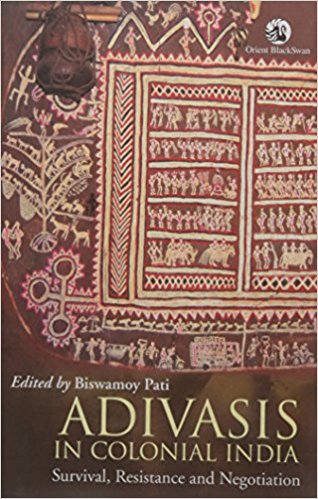 The book under review unravels the way in which the adivasi society negotiated with itself and interacted with shifts and changes that were taking place during the colonial period. The book is divided into three parts consisting of 13 papers. The Editor’s introduction seeks to explore the nature of tribal society in colonial India. He begins with the complexities associated with the definition of ‘tribe’ and the difficulties surrounding the debate on tribal people versus indigenous people and goes on to show that the tribals were not just the colonial construction; they were very much a part of the South Asian reality during the time of India’s colonization. Stereotyping the tribals by describing them as ‘barbaric’, ‘brutal’ and ‘wild’, the establishment of colonialism in India increasingly exposed the tribal society to the outside world. This exposure developed the nexus between the zamindar, sahukar and sarkar, which led to the form of exploitation which led to various forms of economic exploitation and marginalization of tribal communities in India. The intervention of colonialism in the tribal society in the form of enacting policies related to land settlement, forest and agrarian structure not only stratified the tribal society but also accentuated the process of dispossession and migration in the face of colonial capitalism and the global needs of labour.

Part I focuses on modern science, classification strategies, questions of identity and patriarchy consisting of four chapters. Meena Radhakrishna in ‘Of Apes and Ancestors: Evolutionary Science and Colonial Ethnography’ deals with the historical backdrop of the concept of higher and lower races and tries to locate a convergence of interests between scientists, ethnographers, colonial officials, travelogue-writers, fiction writers and local structures of power. Acknowledging the importance of colonial ethnography, she examines the role of science, official reports, travelogues, fiction, anthropometry and even scriptures to understand the concept of race. In ‘Colonial Construction of Tribe in India: The Case of Chotanagpur’ Vinita Damodaran makes an attempt to look at the colonial understan-ding of tribe. She emphasizes that it is not feasible to sideline the colonial narratives of tribe and underlines the importance of the colonial engagement in understanding the complexities of ethnic identity and cultural dynamics of adivasi society by taking the example of the recent attempts of the Jhar-khand government to confer land entitlements to tribals on the basis of the colonial documentation of the 1920s.