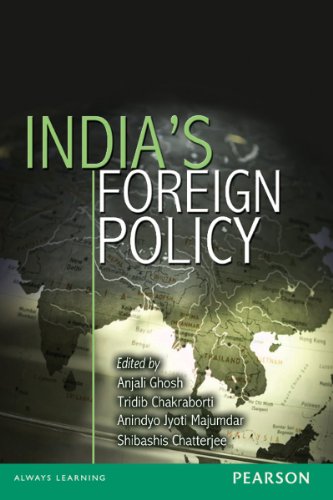 The book under review is a massive sweep on the contours of India’s continuously evolving foreign and economic policy challenges that are in tune with the changing times. The volume contains as many as nineteen chapters by scholars from India’s premier universities and think tanks covering many leading countries and regions with which India’s foreign policy has remained significant. The contributors are leading. The basic lacunae of the book are its approach in identifying the themes that address foreign policy implementation. Scholars of international relations in India continue to look at international relations from purely relational perspectives. No wonder over a dozen chapters in the book deal with India’s relations with a specific country or region. This was the standard approach to view international relations in the 1960s and early 1980s.

The modern approach to examining foreign relations of a country is issue-based as no two countries or regions are only concerned with them. Issues such as climate change, environmental degradation, terrorism, ethnicity, SLOCs, maritime security and so on dominate now as global agendas. It would have been appropriate if the chapters been structured on issues rather than the standard text-book approach of examining on a bilateral basis.

Foreign policy never remains static. It responds to the demands of the time and accordingly nations adopt appropriate routes to further their national security and economic interests. This does not mean to suggest that nations mortgage their basic principles while implementing their foreign policy agendas. On the contrary, the means interpretation of issues and approaches undergo changes in response to the demands of the time. The contributions of Jayantanuja Bandyopadhyaya and Antara Acharya may be read from this perspective. While the former in his essay gives an overview of the evolution of India’s foreign policy from nonalignment to the post-imperialism era in the political realm, the latter’s essay dwells on the economic contours of India’s evolving foreign policy and connects the import-substitution era of economic development which characterized the Nehruvian policy of achieving a socialistic pattern of economic growth to the current emphasis on export-promotion as the new mantra of economic development.