Evolution Within a Framework of Custom 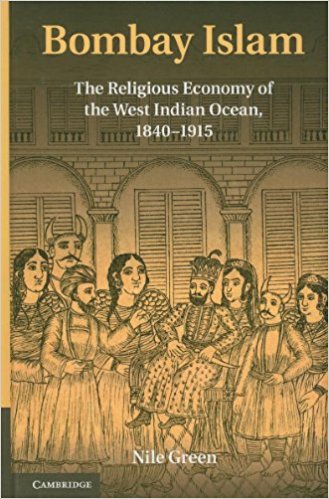 The title of this book might at first sight appear somewhat intriguing till one realizes that ‘Bombay’ is used by Nile Green as an adjective. At the same time this is not a study of some peculiar Bombay variant of Islam; rather, it tells the hitherto neglected story of the emergence of Bombay during the nineteenth century as the ‘primary city of Islam’ in the Indian Ocean. By the latter half of the century Bombay was the leading indus-trial centre of the British Indian empire and a large part of its religious activity was related directly to the ‘spiritual’ needs of its migrant workforce. The diverse range of Islamic prac-tices that became available during this period, and the impact these had on communities in various parts of the Indian Ocean which were linked to colonial Bombay in its capacity as the commercial hub of the West Indian Ocean, gave to Bombay Islam its historical signifi-cance. This was an Islam that evolved within the framework of custom, modifying tradi-tional idioms and usage in an industrial setting for proletarian believers.

Whereas it is the responses of the middle class to colonialism that have been the focus of scholarly attention, the reformist agendas of this class (physically exemplified by the impressive Anjuman-e-Islam High School building in the heart of affluent south Bombay) were of little interest to Muslim workers who sought solace in various forms of ‘Customary Islam’. It is this sphere of the lives of workers, as distinct from their trade union activities, that Green sets out to explore, though his study goes much beyond the experiences of this section of society to give us a larger picture of the history of Islam circa 1840-1915.