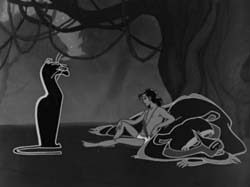 The eight short stories collated in this book have been culled from Kipling’s two Jungle Books, arguably the best loved stories children read in my generation. Others like the Just So Stories and Kim were also avidly read, but the Jungle Books and Mowgli stories had a special fascination. These books like the classics by Lewis Carrol, Alice in Wonderland and Through the Looking Glass, were written for children, but can be read at all ages, with fresh meanings being found at every new reading. This is equally true of the Mowgli tales. The adventures of Mowgli have a special resonance for this reviewer. He lived his childhood near the Seonee hills that are the setting for these stories, and has visited the forests where Mowgli’s adventures take place—around the village Rukhad some 20 miles south of the district town of Seoni in Madhya Pradesh on the State highway between Jabalpur and Nagpur.

The Waingunga river flows through these forests. In those days of my childhood—I speak of the nineteen forties—the Seonee hills possessed all the animals that populate the Mowgli tales, they were not endangered, nor had several of them become extinct.

The Mowgli tales are peopled by these animals with their very human characteristics—Baloo the lumbering bear, Bagheera the fierce black panther, and Kaa the massive python; they are Mowgli’s friends and well-wishers. But we also have the evil tiger Shere Khan who is Mowgli’s mortal enemy. These are the main characters. But there are the fascinating minor characters—the scheming and cunning jackal Tabaqui, who is Shere Khan’s adviser; Rann the far-sighted eagle , who serves as the lookout and carrier of messages in the jungle; Father and Mother Wolf and their cubs—Mowgli’s family—for he was, as we know, brought up by the wolves.

Then we have the Bandar Log (Monkey People). For some reason they are cast in the villains’ role, and one of these stories has them capturing Mowgli, who is then rescued with some difficulty by Baloo, Bagheera and Kaa acting together. The Bandar Log are despised as ‘folk who live in the trees. They have no laws. They are outcastes. They have no speech of their own, but use the stolen words that they overhear when they listen and peep and wait up above in the branches. They have no leaders. They have no remembrance. They boast and chatter and pretend they are a great people about to do great affairs in the jungle, but the falling of a nut turns their minds to laughter and all is forgotten.’ That is Baloo declaiming against them, largely out of frustration because it was difficult for the inhabitants of the jungle to punish the Bandar Log for their transgressions like hurling down branches and filth on animals on the ground, but retreating to higher and thinner branches of trees when pursued till the pursuer did not dare pursue them any longer. The Law of the Jungle decreed that the Bandar Log were best ignored.

There are repeated references in these tales to the Law of the Jungle, the do’s and don’ts that ensured order among the animals of the Seonee Hills. One of them was not to kill and eat Man, because that meant trouble for all, since it heralded, ‘. . . sooner or later the arrival of white men on elephants, with guns and hundreds of brown men with gongs and rockets and torches. Then everybody in the jungle suffers. The reason the beasts give among themselves is that Man is the weakest and most defenseless of all living things and it is unsportsmanlike to touch him.’ Shikar was open in those days, and the haaka (jungle beat), as opposed to ‘stalking’ animals, was permitted for hunting in the jungles; it required large numbers of villagers to be mustered for making much noise to drive animals forward before machans on which the shikari sat with his rifle and/or twelve-bore guns to shoot down the driven and panicked creatures of the wild. Hunting down a man eating carnivore (tiger or panther) was the acme of courage; witness the legends of Jim Corbett.

The eight stories in The Adventures of Mowgli offer a delightful menu that would engage the attention of the reader, young and old, but I suspect they would appeal more to boys than girls because of the violence depicted in these tales. However, I might be quite wrong here, appreciating the violence that is routine in Bollywood films and on the TV screen. The dichotomy between the animal and human worlds and Mowgli’s situation astride them is a running theme in these stories. Men, like animals, are revealed as being good and bad, friends and foes. Ultimately, Mowgli returns to his own kind on the advice of his animal friends, but leaves open the possibility of returning again to the jungle.

In his introduction to this volume Ruskin Bond informs that Kipling wrote his Jungle Book stories long after he left India in his twenties. He married and settled for some years in America but was not happy there, and began to look back and write about India. That biographical vignette provides the backdrop for the Mowgli stories. These are ‘tales that are full of nostalgia and longing for the land he [Kipling] had left behind.’ Ruskin Bond notes that ‘Kipling’s fascination with India was a boy’s interest. He was enraptured by the bright living panorama, all the colours in that wonderful box of paints that makes up India.’ That includes the animals and the jungles of India. Altogether an un-putdown-able collection of stories that will endure and continue to enthrall the young in age and those older persons who are still young in mind.

P.R. Chari is Research Professor at the Institute of Peace and Conflict Studies, New Delhi.