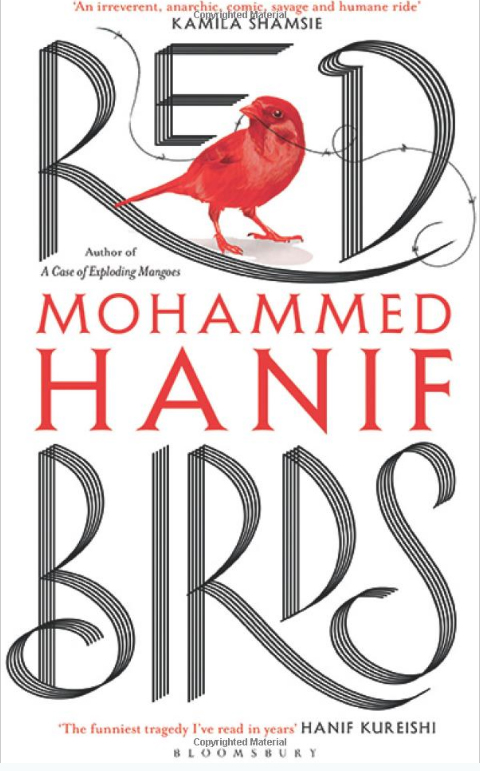 Wars come and wars go. Some die, some survive. The dead are supposed to be mourned and the survivors expected to move on. Wars are routine affairs in, as we habitually say, the post-1945 world. By their very banality, wars compel us to treat them as such. The force of banality is so tremendous that we are tuned and sometimes choose not to see it all. That way, we perpetually are not in war but right inside it: tanks are not rolling but rolling, bombs are not dropping but dropping and blood is not spilling but spilling. This is what has become of most of us: we have turned into a classic war-adapted people. This war-numbness, indeed, is the dominant register of our war-hungry post-1945 war discourse. But there are exceptions like Mutt the dog and Mother Dear, for example. These two characters of Mohammed Hanif’s novel choose to see the war in all its wickedness, brutality and pain. They see it quite clearly and refuse to forget; they see the Camp and the Hangar, both brought in by the American techno-war-machine, they carry the dead weight of fried brains and missing sons, they experience utter helplessness and grief, and for sure, they see the red birds born out of tear droplets of blood.

The novel, then, is largely about not-seeing and seeing—our own selves, our families, our communities, our beliefs and practices, our strengths and weaknesses, our joys and losses, our freedoms and our fundamental right to be—through the lens of no-war and war. But there is a more critical point that the novel communicates and that is  how a war creates the condition of un-thinking and thinking and consequently, propels people to make vastly different life choices. Hanif’s story is set in a predominantly Muslim desert settlement which, having been razed to the ground by the American military/state in its war against terror, now houses a refugee camp (thanks to the US post-war reconstruction project) and a hangar; however, the aids have stopped arriving and the hangar is abandoned, or so it appears. And then, an American bomber flies in, fails to eject the deadly bomb and crash lands in this god-forsaken desert. Major Ellie, the pilot well-trained in survival strategies in hostile territory and numerous successful bombing missions to his credit, survives the crash and is, ironically, rescued by an enemy boy called Momo. A camp adolescent with instincts and orientations of an adult, Momo is one of the three major narrators—the other two are Mutt and Ellie—in the book. Hanif, in a style most refreshing and eloquent, makes all three speak in first person about their war-connected lives in which Father and Mother Dears, Colonel Slatter, Lady Flowerbody and others find voices, contextually either audible or inaudible. These characters, however, are not minor in any way, for they talk too, independently and from positions of their own, of the unseen/seen war.

What Hanif presents us through the course of the novel is a fine piece of political satire. And to top it, he gives us, in Mutt’s voice, the much needed touch of the philosophical. The book is almost impossible to put down as it moves, sometimes at a slightly slow pace though, to show how America’s war against terror makes a mockery of everything human—love, happiness, loss, melancholy, compassion and solidarity; the American war reduces, to recall Ranajit Guha’s (2009) memorable words in another context, all that was ‘once human into a sheer mass of species-being’. It pits Momo’s family members against each other, unsettles Ellie’s domestic life, cripples Mutt, turns Father Dear into an American lackey and trains professionals like Lady Flowerbody to understand young Muslim minds scarred by that very war. The American war is a cruel joke, for first it destroys and later, by means of aid agencies such as USAID, pretends to care; yes, it is the Americans who produce war-orphans and then rush in to adopt them. But of course, not everybody gets this. This is because, not all characters see the war as war. It is a condition—a situation offering a route of escape from marital discord, a moment to display the patriotic duty to save America from radicalized Muslims, a chance to become an American-style business entrepreneur, a way to go on being a dutiful petty bureaucrat and an opportunity to gather data for a handsomely funded academic research.