Enigma Of A Man Of Arms 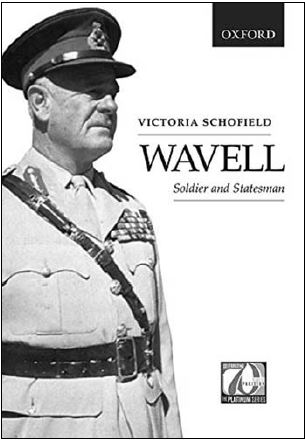 Victoria Schofield’s book is a riveting account of the life of one of the greatest 20th century British Generals. Born into an aristocratic lineage in 1883 with a history of military service, Wavell was perhaps destined for military service. Notwithstanding his lineage the days of automatic entry and distinction had passed by the time Wavell was ready for military service. Wavell had to strain every nerve to earn his spurs. From modest beginnings Wavell’s career would reach great heights leading up to the Second World War when he held several important command posts though he would suffer the ignominy of being dismissed from each of these posts. His career would climax with his appointment as the Viceroy of India in 1943, a year which saw him also designated as a Field Marshal. Wavell had graduated to the role of a statesman. The appointment was seemingly proof of his towering reputation, a stature which had transcended his vocation as a man of arms. The Establishment avowedly viewed him as one of the pillars around which it wove its imperial policy.