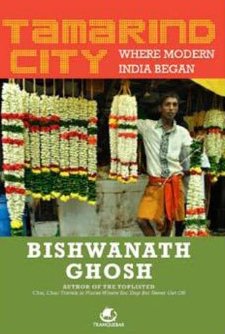 When I was asked to review Bishwa-nath Ghosh’s Tamarind City: Where Modern India Began, I figured my eligibility had to do with the novel I had written set in the Madras (as it was back then) of the 1970s. I hope I’m right because, if on the other hand, it is on account of my hitherto unsung sta-tus as historian, my only wish is that the people at The Book Review do not excavate my class VII history paper with its essay on the immortal love story of Shah Jahan and Noor Jahan. Whatever the reason, I’m happy to be reviewing this book if only for this passage: ‘Madras may have been the first Indian city to be founded by them, but a couple of centuries later, when they were in the position to write India’s destiny, they were concentrating their energies on building Calcutta and subsequently Delhi and Bombay. Madras was relegated to the back of beyond.’

The ‘them’ Ghosh is talking about in this passage are obviously the British. But for a guy who comes from a place where news channels casually jump from Bhopal to Delhi ignoring Chennai in their live temperatures ticker tape like it was either dead or didn’t have tempera-ture; where people in creative professions have to do a Poonam Pandey to be so much as ack-nowledged by those who matter; whose inhabi-tants make appearances in mainstream Bolly-wood only to have noodles with curd or say ‘aiyyayyo’—the last line of the previous para-graph is painfully true to this day.