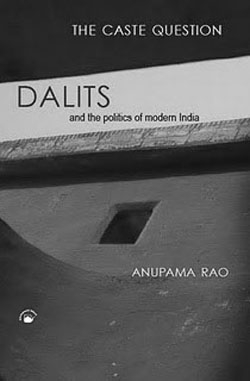 One of the stark reminders of the failure of the discipline of history was evident in the recent sessions of the Indian History Congress as it was clearly recognized that dalit history was virtually nonexistent, with very few exceptions. Mainstream historians’ apathy towards the dalit question indicates a failure of the historian’s craft and the severe biases within the larger evolution of the archive, the interpretative framework and perhaps the ethical incredulity. It has failed spectacularly to recover anything with a semblance of historicity with regard to dalit pasts. Generally this task has been left to anthropologists and sociologists who have certainly done some valuable work in the area. Nevertheless the historical point of view is often incomplete and incoherent. The treatment dalit history has received as a subject, and the way the discipline is framed makes it not only important but also a historical necessity to overcome the constraints and contest biases that have almost gained the status of historical truisms.

Anupama Rao’s illuminating work is methodologically divided between the historical and the ethnographic, the social and the intellectual, and continuously engaged with political modernity. Geographically concentrated on the western part of India i.e., Maharashtra, the study covers nearly one and a half centuries starting from mid-nineteenth century to the early years of the twenty-first century.