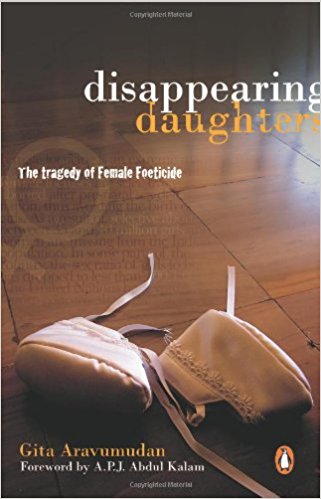 Disappearing Daughters is a collection of stories about women’s views of life, about a campaign, about a society in which daughters are becoming rare. Gita Aravamudan travels across the country interviewing women, medical professionals, activists in civil society organisations and academics. She records the voices of women — on what pushed them to seek tests for foetal sex identification, on the lengths that they will go to abort a female foetus and whether they are restrained in any way by the law against sex selection. Woven into these stories are mind-numbing statistics. Census figures record sharp distortions in the child sex ratio over the decades. Researchers estimate that one crore girls are “missing” because of sex selection between 1987 and 2007. Studies establish a clear association between the number of sonography machines (these are misused for sex selection) in a city and the child sex ratio (male-female ratio of children under the age of five) in that area.