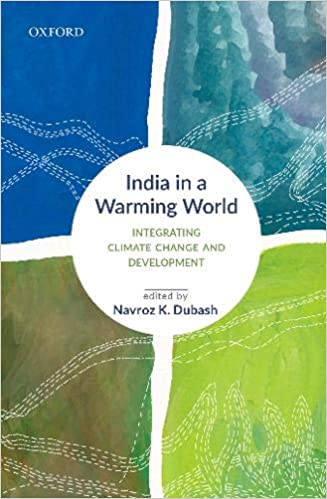 If we think that climate change is only the melting of glaciers in the polar regions, decreasing numbers of polar bears, wild fires in Australia or the Amazons, sea level rise and hurricanes in the US, we are in denial! The average temperature in India has risen drastically. We are witnessing more frequent heatwaves, floods and droughts; our monsoon patterns are changing which is also affecting agriculture productivity. This has affected the economy and the whole range of social relations. In short, we live in the middle of major impacts caused by global warming and climate change. However, we lack clarity on many of these in India, and also on how to plan and prepare. This is a country that is deeply vulnerable to these impacts, that are also unequally felt given the socio-economic and other imbalances that persist within. India in a Warming World: Integrating Climate Change and Development is a new addition to fast growing debates in multidisciplinary forums on this subject. Building on the existing literature, the volume edited by Navroz K Dubash is a comprehensive entry point to these debates in India covering science, diplomacy, politics, policy, sectoral debates and more.

The book is divided into five sections. The first section deals with climate change impacts and international debates and negotiations. The following three sections are on politics, policy, and climate change and development. A wide range of authors including climate scientists, diplomats and academics who have been working on climate change has contributed. The book opens with a remarkable chapter by the climate scientist J Srinivasan on how climate change might alter India’s monsoon patterns, resulting in vulnerability to cyclones and heat waves. He shows that there is clear evidence from historical records that India’s climate has changed and that it is likely to accelerate. The chapter by Krishna Achuta Rao and Friederike Otto establishes the linkage between changes in India with worldwide changes while flagging the importance of science-based knowledge.