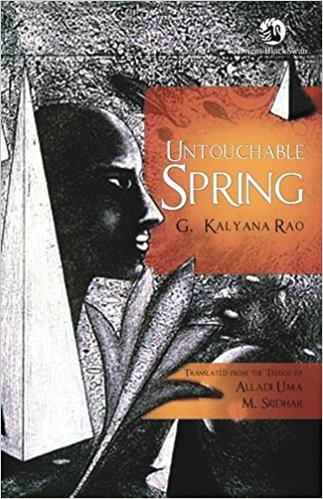 Protest literature poses a problem because quite often it is more protest and not much literature. When a text succeeds as literature then the protest becomes all the more eloquent. Many protest writers walk into the trap and let protest take wing instead of the imagination. G. Kalyana Rao is quite clear in his intentions. He has set out to write the story of oppression of dalits through the family saga—his own—and he has adopted the fictional mode to construct the narrative. This is not family history per se, nor is it a sociological tract. He wants to highlight the oppression and injustice of the caste-riven traditional society with its social and economic disparities.

This is a bold departure for a ‘committed’ writer like Rao, who declares openly his partisan political leaning towards leftist revolution. He is a member of the Viplava Rachayitala Sangham (Revolutionary Writers Association), which is attached to the naxalite ideology. The book is dedicated to his father, Gangolu Ramaiah, a Christian, and mother, Balanagamma, Hindu, to four of his friends, Shyam, Mahesh, Murali and Lakshmirajam, who were all killed in police encounters.