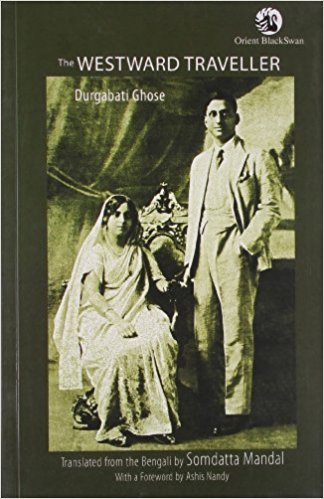 Travel literature is usually cross-cultural or transnational in its focus. Literary travelogues generally exhibit a coherent narrative or aesthetic beyond the logging of dates and events as found in travel journals or a ship’s log. The systematic study of travel literature emerged as a legitimate field of scholarly inquiry in the mid-1990s, with its own conferences, organizations, journals, monographs, anthologies, and encyclopedias. Among the most important, pre-1995 monographs are: Abroad (1980) by Paul Fussell, an exploration of British interwar travel writing as escapism; Gone Primitive: Modern Intellects, Savage Minds (1990) by Marianna Torgovnick, an inquiry into the primitivist presentation of foreign cultures; Haunted Journeys: Desire and Transgression in European Travel Writing (1991) by Dennis Porter, a close look at the psychological correlatives of travel; Discourses of Difference: An Analysis of Women’s Travel Writing by Sara Mills, an inquiry into the intersection of gender and colonialism during the nineteenth century; Imperial Eyes: Travel Writing and Transculturation (1992), Mary Louise Pratt’s influential study of Victorian travel writing’s dissemination of a colonial mindset; and Belated Travelers (1994), an analysis of colonial anxiety by Ali Behdad.

The study of travel writing developed most extensively in the late 1990s, encouraged by the currency of Foucauldian criticism and Edward Said’s postcolonial landmark study Orientalism. The first international travel writing conference, ‘Snapshots from Abroad’, organized by Donald Ross at the University of Minnesota in 1997, attracted over one hundred scholars and led to the foundation of the International Society for Travel Writing (ISTW). The first issue of Studies in Travel Writing was published the same year, edited by Tim Youngs.Levi-Strauss, in his classic work, ‘Tristes Tropique’, laments the disappearance of adventurous travel, and with it invigorating travel writing, as a consequence of the impact of modernization, industrialization, globalization. However, despite Levi-Strauss’ pessimism, travel writing far from being marginalized, has emerged with a renewed vigour and intensity. A plurality of factors like globalization and the rise of postcolonial theory and postcolonial studies, along with the re-imagining of cultural encounters that it have promoted, have given a new impetus to the investigation of travel literature in relation to questions of power.