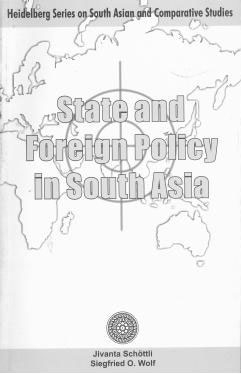 The book under review is a refreshing volume rich with brilliant theoretical insights, first-rate empirical analysis and bold academic arguments which would not only be useful for students of South Asian international politics but also policy makers of the region. However, the book also suffers from a number of shortcomings. First of all, state and foreign policy in South Asia is not an easy theme to deal with; the contents of the volume do not do adequate justice to the title as the primary analytical preoccupation of the book is Indian, not South Asian foreign policy. While it is true that the foreign policy of India occupies centre-stage in the politics of the South Asian region, there are over half a dozen countries in the region. Thus the authors of the volume should have been more modest in defining the scope of their volume. Secondly, while the year of publication of the book under review is 2010, most of the arguments presented in the book are oblivious to the politics of South Asia post-2006-2007. While that would be acceptable if the book primarily aimed to make theoretical arguments, it loses its relevance when it aims to make data-based policy prescriptions.However, even though the volume per se may not add much value to the literature on ‘South Asian studies’, some of the individual chapters are exceptionally useful to students of Indian foreign and security policy behaviour towards the South Asian region.