Challenges for a Cooperative Agenda 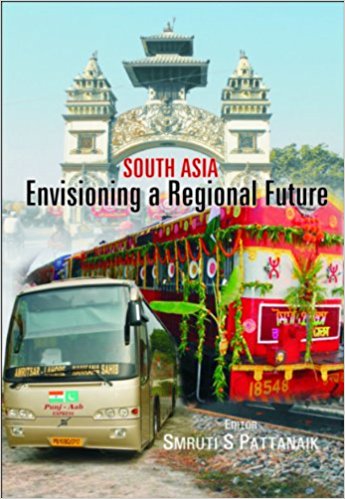 With increasing globalization, economic integration is an important part of development efforts in any region. Despite a lack of cohesive economic unit in South Asia, there has been growing interest in South Asia as a destination for trade and investment. Also politically South Asian countries are in a state of flux given the establishment of newly elected democratic governments in many South Asian countries. This indeed gives hope for a politically stable region in the future. This book addresses the challenges to regionalism and the need for greater economic and inter-governmental cooperation thereby envisioning a regional future.

“…the book gives a flavour of different issues and challenges the region is facing and at the same time puts across the ways and means to overcome them. Pattanaik’s book lucidly manages to capture the regional cooperation and security aspects as well as the murky domestic politics that the region is embedded in.”

Of the four sections in the book, the first, ‘Forging Regional Consensus’, seeks to discuss issues that would determine the future direction of the region. Nirupama Rao gives a broad perspective of the reasons for forging close economic ties as well as the challenges faced in the region. Arvind Gupta sketches out a few seemingly plausible scenarios that can take shape given the choices that are made in the present. Gupta points out the key drivers that can either lead to cooperation or conflict in the region as being demography, internal instability, economic growth, energy, climate change and food security among others. According to Sujit Dutta the deplorable condition of the region is unlikely to change unless a common set of norms for political stability, security and domestic order is set across the region. Shahedul Anam Khan points out that in the spate of recent terrorist attacks in the SAARC region, regional cooperation is of utmost importance as no country can deal with this process single-handedly. He rightly points out that there is a ‘compulsion to cooperate’ regionally or suffer. Kaiser Bengali and Nausheen Wasi argue that it is in India’s interest to ensure the establishment of democracy in Pakistan and also India-Pakistan cooperation is the need of the hour to counter terrorism in the region. They also emphasize India’s role and responsibility as a regional power to ensure peace in the region. Darini Rajasingham Senanayake emphasizes the need to shift from the state-centric regional security approach to a more comprehensive human security framework. Uttam Kumar Sinha points out to water cooperation as a means for cooperation in the region.

The second section deals with the interplay of domestic politics in the South Asian economies and the future of the region. Domestic policies and problems have their repercussions on interstate relations and regional stability. Davood Moradian discusses the reasons behind Afghanistan turning into a haven for terrorist activities and drug lords. According to him there is a possibility of Afghanistan turning into a failed state if premature disengagement by the US or subcontracting of Afghanistan to Pakistan takes place. Sumanasiri Liyanage has singled out the Tamil national question as a perennial problem that can influence the political landscape in Sri Lanka and in this context discusses possible scenarios that can impact the Tamil issue. Krishna P. Khanal highlights the core issues that Nepal has to tackle before considering a move to federalism. Tahmina Rashina explores the nature of civil society in Pakistan and dwells on various forces that led to the evolution of a civil society mired in radical Islamist tendencies. The failure of the state to ensure law and order alongside the success of the radical Islamist groups in providing speedy justice has further led to the deterioration of the civil society. Unless a stable governance structure ensuring law and order is in place, a sustainable civil society would never materialize in Pakistan. Ibrahim Hussein Zaki optimistically notes that if a small Muslim Island state of Maldives is successful in achieving democracy through nonviolent means, there is no reason why its South Asian counterparts cannot do the same. Zaki considers democracy as a means to achieve regional cooperation.

The third section of the book focuses on extra-regional powers and regional security. Nishchal N. Pandey throws light on Nepal’s murky political situation—integration of ex-Maoist combatants into the Nepal army, and security issues—which have been aggravated by religious divisions in the recent past. The assertion by the two Asian giants—China and India—that Nepal’s territory was being used for anti-Indian or anti-Chinese activities has raised questions about Nepal’s international relations as well. Ahmad Shayeq Qassem talks about how Afghanistan’s potential and willingness to act as a land bridge between Central Asia, South Asia and the Middle East is marred by growing insecurities in the country. Afghanistan’s political instability and current militancy has been a result of its precarious relationship with Pakistan as well as Pakistan’s suspicion about India-Afghanistan ties. Qassem believes that international assistance to help Afghanistan attain stability will be of little help if the Afghan government itself does not take the initiative to gain regional cooperation as well as cooperation from its own population. Rajesh Rajagopalan argues that the regional powers viz., India and Pakistan have been adept at playing the balancing game and using the extra regional powers in furthering their own interest. However the ability of the regional powers to not let the extra regional powers dominate them have led to regional conflicts remaining unsolved. Swaran Singh highlights how China remains integral to the South Asian security environment as the country shares borders with five out of eight SAARC countries coupled with its ‘special’ connections with the smaller SAARC countries, in particular Pakistan. However India-China relations have remained the most decisive factor in shaping China’s policy towards the region. Singh also argues that China’s growing indulgence vis-a-vis the South Asian countries could also be a part of its strategy to emerge as the next global power.

In the last section, ‘Forging Regional Cooperation: The Way Ahead’, Smruti S. Pattanaik dwells on whether SAARC as a regional entity has a future or not. Pattanaik mentions that though the SAARC agenda has expanded considerably, there is still a lack of political will to implement the measures. But given the regional complexity even the little progress made by the region over the years should be taken in the right spirit. In addition, healthy India-Pakistan relations are central for the region’s progress in the coming decade. Nitya Nanda and Souvik Bhattacharjya argue that though the intra-regional trade has gone up after the implementation of SAPTA, yet its trade share is way below in comparison to other regional groups like ASEAN, NAFTA and the EU. The authors also discuss the barriers to trade and the potential areas of cooperation. India needs to take the lead in bolstering the region’s economic growth to secure a better place in the global community. M. Rahmatullah brings forth the important issue of how transport connectivity can be the engine of economic growth in the region. Rahmatullah emphasizes the need for considerable investments as well as political will to upgrade the transport connectivity within the region. He rightly points out that the lack of cooperation in transport connectivity can result in losing out on significant economic opportunities within the region.