Dynamics of Accumulation and Exploitation 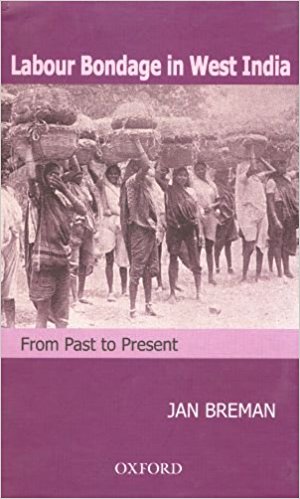 Dynamics of Accumulation and Exploitation
Praveen Jha
LABOUR BONDAGE IN WEST INDIA: FROM PAST TO PRESENT by Jan Breman Oxford University Press, 2007, 216 pp., 525
May 2007, volume 31, No 5

Professor Jan Breman’s academic engagements with labour relations in India are well-known. It started with his field work in two villages, in the early 1960s, in Surat district of South Gujarat. The focal concern of this study was to map and analyse the changing relations between landless labourers and their employers; in particular, the gradual disappearance of the traditional labour bondage in the region, epitomized in the hali system, and its replacement by relatively greater mobility and freedom for the workers at the bottom of the rural order, constituted the core of this research. The results were published in the well-known and oft-quoted book: Patronage and Exploitation: Changing Agrarian Relations in South Gujarat. For the past half century, Professor Breman has returned to South Gujarat, again and again, to the sites of his initial field work, as well as to some other villages and localities and has continued to monitor, with remarkable commitment, the crucial changes in labour relations and the socio-economic conditions of rural labourers or what he often prefers to call the ‘rural underclass’.

Through several important publications, he has enriched our understanding of the dynamics of accumulation and exploitation, in his study region, since independence. He has repeatedly drawn attention to the fact that the existence at the lowest rungs of the rural economy, inspite of modest improvements in the material quality of lives,