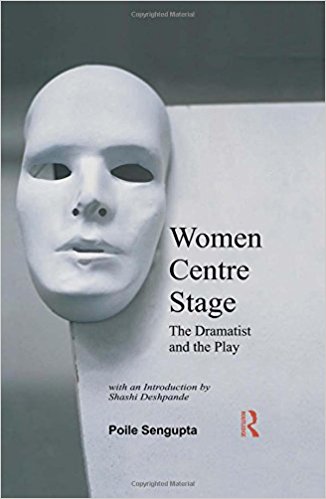 This is an important book. Important for two reasons: one, it is actually a book of plays, something few publishers undertake, as a result of which Indian playwriting has remained virtually unborn, except for a few desolate exceptions. Its fate reminds one irresistibly of the powerful poem by Louis MacNeice which says in part:I am not yet born; console me.I fear that the human race may with tall walls wall me,with strong drugs dope me, with wise lies lure me . . .Let them not make me a stone and let them not spill me.Otherwise kill me.

By their general indifference to plays written in English by Indian writers, unlike the adulation and acclaim accorded to those Indians who write novels in English, they have nearly succeeded in killing the genre. That is why this book is so important; as are the books of plays by Mahesh Dattani and Gurcharan Das.

These, sadly, are more or less all; there are a few individual plays published, usually by the writer himself or herself and some of these are virtually impossible to stage, as the writers have no idea of what works on a stage and what does not. One script that I read was set in a moving train, the action shifting from compartment to compartment. (It can, in theory, be done, but needs a huge effort and lots of money, which theatre groups rarely have.)

The second, and more important reason, is that it presents the plays of Poile Sengupta, one of the finest playwrights in the country who is not just a remarkably skilled writer but an equally talented actor and director; so she knows the stage, she knows what is possible on it and what is not. One of the plays in her book (Alipha, pp. 215–241) has a girl actually growing up from scene to scene, from being a child to an adolescent, and then to a young woman. This might seem to be on par with the moving train scenes, in the play I mentioned earlier, but is not. Sengupta knows what she is doing; the girl’s scenes are interspersed by other scenes and she knows that it is indeed possible for an actor to change in the way she shows her changing—it is a challenge to the actor and the director, but Sengupta knows it can be done. Because she has actually done it when she directed the play with her husband Abhijit in Bangalore in 2001. So have I, when I staged the play in Delhi some years ago at the India International Centre, and then in Durban, South Africa in 2004.

This collection is of Sengupta’s major plays, and each of them reveals her complete control not only of language but dramatic structure and development, of the manner in which characters grow and interact with others. The way in which she uses the English language is a joy to a theatre-lover; the dialogue is never wooden or verbose—it is taut and very expressive. Sengupta uses speech rhythms very cleverly in the plays, something that helps actors immensely, takes a great load off the director, and, most importantly, communicates directly with the audience.

Mangalam, the play that won a special prize in the 1993 The Hindu-Madras Players Awards, is in two acts, the first being an almost intolerably tense confrontation between members of a conventional Tamil family in a small town in Tamil Nadu, and Sengupta brilliantly releases the tension from time to time by using some lyrical and beautiful poems which are spoken by one of the main characters who appears, oddly enough, only at the end of the first act. The second act presents a very sophisticated, ‘westernised’ family in Chennai where the main characters have just returned from seeing a play—which is the first act as a play on its own. The characters (Sengupta specifies that the same actors from the first half must play in the second) say they cannot relate to all that ‘sensational stuff’, but as things work out in this act, too, there is a crisis that evokes the same reactions as the crisis in the first act did in those characters—the instinctive covering-up, the papering over of deeds that deserve to be exposed. Sengupta presents the two collective acts of hypocrisy as two aspects of something that runs through society at all levels by having the same actor speak in poetry in the second act as well, on the same theme.

As for women, the gods said
let them be strong-rooted, like the trees,
For is is they who shall hold
the ends of the world together . . .
And there will be sport and play
and soft-voiced treachery
and the music of deceit
will call very strong . . .

It is like an underscoring of the theme of the play. Sengupta uses poetry in another manner altogether in her later play Keats Was A Tuber (which, it needs to be explained, is the first part of a sentence students of English are expected to learn by rote in most of our small colleges—‘Keats was a tuberculosis patient’.) The gradual build-up of the dislike between Mr. Iyer the reserved, tight-lipped middle-aged lecturer and the young Raghu, on his first teaching job, eager to bring about change climaxes in an exchange of quotations from different English poets by the two, which inexpert actors could reduce to the levels of farce, but which, in the production I directed for Yatrik in 2005, was a brilliant tour de force thanks to the superb acting by Avijit Dutt and Sunit Tandon. It is in this play that Sengupta also makes an eloquent comment on how English is now the real mother-tongue of many Indians, and yet is not capable of conveying some perceptions that are in all Indians. The scholar of English(whom I presented, with the playwright’s permission, as the young student Damini that Raghu fell in love with in the play earlier) whose address at an international conference concludes the play, says:

‘I have taken from the Englishman what was his. I have smoothed it, and dented it, given it shape, polished it, fashioned it in the way I want. And I know I possess it now. When the monsoon breaks, and bodies embrace, when the child is born, dark brown and glistening, who can hear the words for the thunder? . . . My life trembles with meaning and yet whatever I say, the words I use, are inadequate, an approximation. But that I realise the inadequacy is my victory too, the wealth that sustains me . . ..’ (italics mine)

But these are only two of the fascinating, absorbing plays that this book contains. Thus Spake Shoorpanakha, So Said Shakuni is a clever bringing together of two characters usually thought to be archetypal villains in two different epics; Samara’s Song is an allegory of sorts on freedom, on political manoeuvring, of ambition and human needs, a play that borders on the epic in its conception and sweep. Inner Laws is a wildly funny play where five daughters-in-law get their mothers-in-law mixed up; it has been performed several times to hugely appreciative audiences.

The book contains a lucid and perceptive introduction by Shashi Deshpande, who says, gently, that plays in English by Indians do not have any roots either here or elsewhere, as the Indian novel in English has managed to develop over the years in its own unique way. Much as I respect her and her views, I must disagree with her on this. It is, if anything, the other way around. A play like Thus Spake Shoorpanakha, So Said Shakuni or Alipha or Mangalam have their roots very firmly in the tradition of theatre that was brought over with the English language. Deshpande surely knows that. They are equally rooted in Indian traditions and associations; one has only to read—or better still, see—them to realize this. On the other hand what we see today of the so-called vernacular plays, which Deshpande calls ‘language’ plays, is the opposite. Gone are the days of Badal Sircar, Vijay Tendulkar and Mohan Rakesh. Except for a few like Girish Karnad and Mahesh Elkunchwar most present-day writers base their plays on foreign plays or stories. One director actually took three short stories by Kafka (or was it Chekov) and made them into a play. Another has written and presented a play based on Orhan Pamuk’s books; yet another on a short story by Gabriel Marquez. Not that there is anything wrong with their doing that; it is how the great dramatic upsurge in Elizabethan England came about, because playwrights thought nothing of borrowing plots and treatments from other writers in England and other European countries and making them uniquely their own. Shakespeare himself never wrote an original plot for any of his plays; they were all based on chronicles and stories to be found in other sources. But let us get our own facts right about where originality is, right now, in theatre in India. We have a number of playwrights whose plays have never been published, or even noticed, because they are in English—Anuvab Pal, Nicholas Kharkongor, and Avijit Dutt, to mention just three. Some decades ago there were Kamal Kapur, Gieve Patel, Asif Currimbhoy, Vijay Padaki, and Gurcharan Das. Not one of these has borrowed a story from contemporary foreign writers; their plays are essentially original, home-grown. It would be well to remember that.

This is a book that very definitely everyone who loves theatre must read, and is highly recommended to those who give theatre a passing glance—they will see what riches there are here. To end with what Cavafy said in Journey to Ithaka:
May there be many summer mornings when,
with what pleasure, what joy,
you enter harbours you’re seeing for the first time:
may you stop at Phoenician trading stations
to buy fine things,
mother of pearl and coral, amber and ebony,
sensual perfume of every kind –
as many sensual perfumes as you can;
and may you visit many Egyptian cities
to learn and go on learning from their scholars….