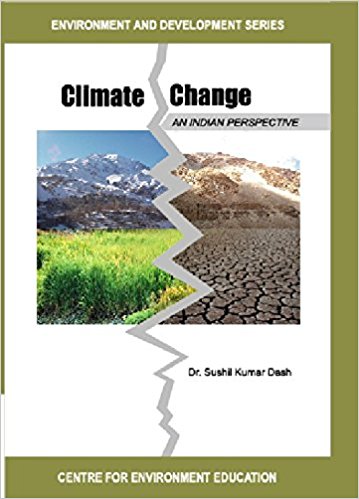 Human induced climate change is arguably the first environmental issue to successfully puncture the comfortable assumption that environment and development are separate and separable. While scholars and activists have long argued that development rests on both a natural resource base and the continued provision of ecosystem services, this message has only been heard at the margins. In the past year or so, however, climate change has emerged as a major topic of public debate in India, and as a potential entry point to a larger discussion of ecological sustainability. In this context, the book, Climate Change: An Indian Perspective, is certainly timely, and a potentially important contribution to the debate. As many now know, the threat of climate change is due to a build up of so called ‘greenhouse gases’ in the atmosphere leading to a disruption of the earth’s atmospheric and biospheric systems.

Climate change raises the prospect of considerable disruption to the natural resource base that undergirds any development efforts, however defined. In India, this means a likely disruption of water supply due to melting of glaciers, an impact on agriculture due to disturbance of monsoon patterns, increased prevalence of disease, and greater risk of flooding of heavily populated coastal areas.

To these likely impacts must be added others that we may not be able to foresee. On the other hand, addressing the problem of climate change requires rethinking the entire edifice of industrial development, which rests heavily on hydrocarbon-based fossil fuels. The book under review is certainly a thorough introduction to the science of climate change.