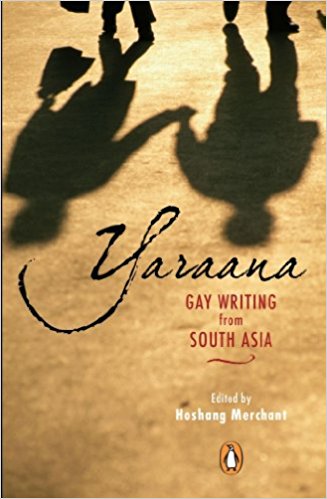 Beginning in the late 1960s, sociological and historical interest in homosexuality in Britain and the United States began by academics questioning the validity of using culturally specific terms like gay or homosexual to describe desire and sexuality across time and space. Social constructionist researchers often suggested the instability of such terms across cultures, or demonstrated the weakness of sexualized definitions altogether in understanding samesex relationships. Much of this research predated Michel Foucaults influential work critiquing the assumed naturalness of sexuality and reviewing the complex interconnections between sexuality and power. Lodged uncomfortably within these broader intellectual conventions, Hoshang Merchant, a professor of Poetry and Surrealism at Hyderabad University considers the space of yaarana -that amorphous Hindustani term signifying deep friendship and fraternal bonding between men in South Asiawithin the diverse modern literatures of the subcontinent.

Yet, Yaarana: Gay Writing from South Asia, an anthology edited by him and republished with a few additions, moves beyond just the platonic connotations usually associated with such camaraderie, to a notion of yaarana that isnt removed from sexual desire and fulfillment.