Deadly Impasse: Indo-pakistani Relations At The Dawn Of The New Century 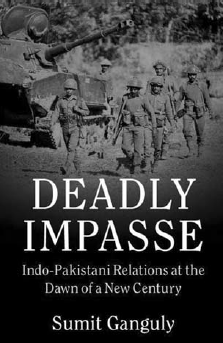 Sumit Ganguly is no stranger to scholars in international and strategic studies. His book The Origins of Wars in South Asia is a popular text with undergraduates. He takes his earlier work that finishes with the 1971 War further in the volume under review by beginning with the Kargil War. His is a slim volume covering the first decade of the century, the beginning of which he dates to this war.

In his view, Pakistan’s India policy cannot be explained through the ‘spiral model’. The spiral model relies on the concept of security dilemma. The security dilemma has it that states, perceiving even defensive actions of neighbours as threatening, resort to counter measures that in turn generate a negative threat perception in their neighbour. This leads to a spiral—hence ‘spiral model’—expressed through worsening relations, the arms race and recurrent crisis.

Since Pakistan covets Kashmir, to Ganguly, Pakistan is a revisionist and ‘greedy’ state—‘with nonsecurity motivations for expansion’ (Charles Glaser) (p. 20). Wanting territorial revisionism, its actions in the security sphere are not a result of a perceived threat from India that can be attributed to a security dilemma. Nothing India can do in terms of reassuring Pakistan by reining in its actions in the defence and security spheres can assuage Pakistan. Therefore, the recurring crisis and potential for conflict in the subcontinent cannot be explained by the spiral model.