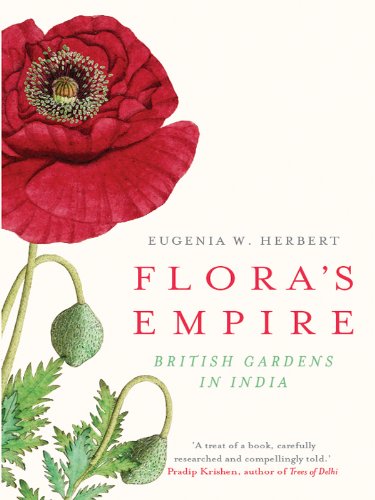 A book written about the British influence on the Indian garden is bound to elicit curiosity in the minds of botanical aficionados and students of imperial history: an American historian who has so far worked on African history, Eugenia Herbert became interested in Indian gardens when a gleaning of colonial writings in Northern Rhodesia brought to her notice the importance of gardens (and of Worcestershire sauce) to the various authors. Her reasoning that botanical adventures, big and small, would be of much greater significance in India was not wrong—as is evident from the prodigious research and information in Flora’s Empire.

Herbert’s basic premise is that for the British, their idea of what gardens should look like was part of the ‘cultural baggage’ of colonialism. In the opening pages of her book, Herbert engagingly notes that when the British first came to India, their ‘first encounters with alien lands tend to focus on nature, what is reassuringly familiar and what is unfamiliar and even repellent’ (p. 1). And of course, as with most other things Indian, nature was rarely left alone. The author observes that the years—or decades —that the British spent in metamorphosing themselves from traders and compradors into rulers and imperialists was also the time when they were confidently moving into new garden and indeed architectural styles.