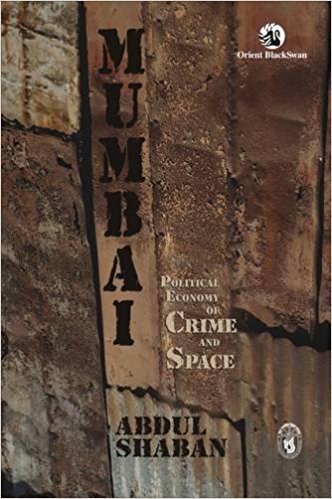 It is surprising that there are not many serious studies on crime in India, notwithstanding the fact that prevalence of crime affects every day life so seriously. The academic community has by and large ignored this subject. It is not a coincidence that mainstream national media, both print and electronic, is dominated by stories of crime, especially in the urban areas. Mumbai is the commercial capital of the country and also the main centre of organized crime. A coastal metropolis, it is also an industrial hub. Bollywood has brought glamour and all that goes with it. Some of the richest as well as the poorest live in this sprawling city. The influx of a huge migrant population attracted by the city for employment, both skilled and unskilled, has led to many social, economic and religious conflicts that have only added to the citys woes. One of the most heavily populated areas in the world it has the dubious distinction of being the home of the largest slum in the world. One can only hope that this pioneering work by Abdul Shaban will be followed by many more studies by the academic community in Mumbai and other parts of the country.

The study of political economy and space of crime in this metropolis where organized crime flourishes and has national and international roots is indeed a daunting task. The author, Abdul Shaban, who is an Associate Professor at the Centre for Development Studies, which has been doing pioneering work in the field of social science research, must be congratulated for undertaking this study and bringing out an informative and timely volume.