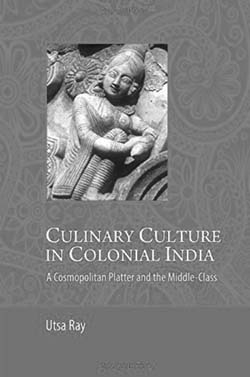 If we are what we eat, then there is a steady stream of archival material emanating from our kitchens that must necessarily be taken seriously, sociologically speaking. Food, at the first instance, is all about nutrition and sensory perceptions. However, for the attentive listener, food is also the story of who we are as a people. If that sounds like a pithy line, the reader is encouraged to pick up a copy of Utsa Ray’s thought-provoking text, Culinary Culture in Colonial India: A Cosmopolitan Platter and the Middle-Class. Ray sets out to document the fascinating story of how the middle class in Bengal attempted to distinguish itself as a coherent social class through the medium of food in colonial India.