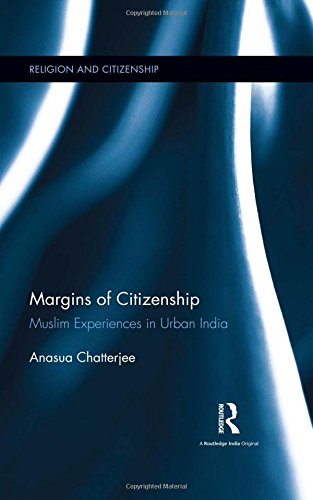 Margins of Citizenship is an interestingly written account of the everydayness of life in Kolkata’s predominantly Muslim area of Park Circus. It is a sympathetically written ethnography by one who is an outsider in two senses, the first being that she is not a resident of the area and second that she is not a Muslim. The book achieves two important things. One is that it supplements recent writings on Muslim urban experiences and ghettoization. Prominent examples of such writings are the edited volume by Christophe Jaffrelot and Laurent Gayer, Muslims in Indian Cities: Trajectories of Marginalization, Nida Kirmani’s book Interrogating the Muslim Woman which traces the lives of women in the Zakir Nagar area of South East Delhi, and the book by Jeremy Seabrook and Imran Siddique, People without History: India’s Muslim Ghettoes. Second, in writing a book on Muslim ghettoization in Kolkata, Chatterjee is clearly elucidating the formidable difficulties of what it means to be a Muslim leading his/her everyday life in contemporary lndia.