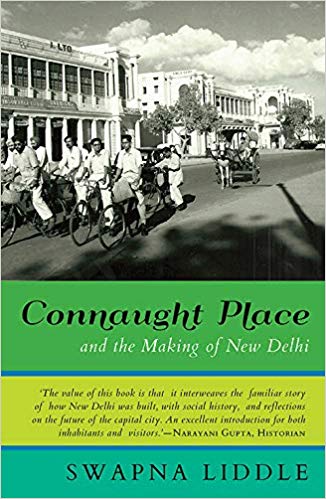 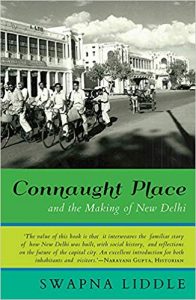 In 1782 when Mir Taqi Mir’s destitution finally forced him to make the move from the Mughal capital of India to Asaf-ud-Daulah’s Lucknow, his lachrymose introduction of Delhi to a gathering of Lucknavi nobility was immortalized thus:

The much-defeated citadel of Delhi was little more than desolation. The Persian ruler Nadir Shah had bled the city. And what remained had been plundered by the rapacious hordes led by the Afghan, Ahmad Shah Durrani. Delhi could barely sustain a population much less afford the patronage of the arts. By the end of the eighteenth century Delhi was no more.

In 1857 the victorious British left a barrack/barracks full of red coats in Red Fort and decided that they were finished with Delhi. In their minds they had euthanized Delhi. Their capital city was to be the port of Calcutta in Bengal. And thus languished Delhi for another fifty years, populated by the tatters of a defeated and despondent aristocracy and the jetsam and flotsam of a thousand armies that had ravaged the city for faith, flesh and fortune.

Delhi survived, scavenging off the laurels of a past mostly forgotten by British India. A city of tombs and graveyards and a scarce, scattered and imperilled urbanity. Ruins that were at best a refuge for jackals. But the Delhi of legend had a destiny that was not to be denied for long.

Swapna Liddle begins her book, Connaught Place and the Making of New Delhi when in the early twentieth century due to geographical, economic and political exigencies the British were forced to re-examine the suitability of Delhi as the capital city of India.

Liddle says that when Lord Hardinge, the Viceroy of India, proposed that the capital be moved back to Delhi from Calcutta, he relied on historical precedent to reinforce his case. He wrote, ‘Delhi is still a name to conjure with. It is intimately associated in the minds of the Hindus with sacred legends which go back even beyond the dawn of history…To the Mahommedans it would be a source of unbounded gratification to see the ancient capital of the Moguls restored to its proud position as the seat of the Empire.’

To which the Secretary of State for India, Lord Crewe, responded favourably agreeing that, ‘not only do the ancient walls of Delhi enshrine an Imperial tradition comparable with that of Constantinople, or with that of Rome itself, but the near neighbourhoods of the existing city formed the theatre for some of the most notable scenes in the old-time drama of Hindu history, celebrated in the vast treasure house of national epic verse.’

What began as a dialogue between Lord Hardinge and Lord Crewe culminated in the King Emperor George V announcing during the December 1911 Delhi Durbar that the Imperial Capital of India would be moved to ‘the ancient Capital of Delhi’.

Following the Emperor’s announcement the foundation-stones for ‘New Delhi’—the city that was to be constructed as the administrative center of British India—were laid on 15 December 1911. Some said that because of the hurry unused tombstones had been requisitioned for the job.

Liddle recounts the shock of this news and the debates that raged subsequently on the choice of Delhi as the capital of India. She talks of how the impending city of New Delhi was seen as a symbol of self-determination by the Indian people while simultaneously being berated as representative of imperial hubris and autocracy; of how the financial outlay necessitated by this venture was troublesome even to those who supported the idea; and how the old guard typified by Lord Curzon and their ilk were open in their opposition to moving the capital from an essentially British city such as Calcutta to what was at the time an essentially provincial outpost—a city whose relevance lay in pre-British times, times that did not necessarily align themselves with the imperial purpose in British India.

Regardless of the ‘naysayers’ Lord Hardinge pressed ahead with a committee to plan the new city appointing Herbert Baker, the designer of government buildings in Pretoria, while Lord Crewe got his way by appointing Edward Landseer Lutyens, an architect responsible for building palatial houses in England. Henry Vaughan Lanchester, who had helped Maharaja Scindia with civic improvements in Gwalior, was appointed as an additional consulting expert for a period of one month. The committee was supposed to finalize the site for the new city within a period of five months.

The Town Planning Committee began work on the 15th of April 1912 with their offices being at the Maidens Hotel in Civil Lines. The Committee was to submit its first report to the Government on the 13th of June 1912. Most of the deliberations were held in the summer capital Simla. Delhi heat was not considered conducive to cogitation.

Liddle then takes us through the various sites that were chosen for the new city. The options were examined and re-examined, and finally with crucial contributions from Lanchester and Hardinge the final site along with a plan for the new city was finalized in a report submitted to the Government of India in March 1913.

This account makes for interesting reading especially as Delhi is often known as Lutyens’s city. Liddle in her book brings to the fore the gaffes committed by Lutyens and how had it not been for Hardinge’s insistence and Lanchester’s pragmatism we would have been left with a fundamentally flawed urban plan.

The book then goes on to talk in detail about how the architects Baker and Lutyens shaped New Delhi. How Lutyens resisted Swinton Jacob, an architect who had worked for many years in India and was a champion of the Indo-Saracenic style. And how Lutyens’s appointment was contingent on his accepting the collaboration of Jacob.

The book tells us of how land was acquired for the city and how the dispossessed were relocated; how the Archaeological Survey of India made a list of the monuments. Forty-five monuments such as Humayun’s Tomb, Safdar Jung’s Tomb, Jantar Mantar were deemed ‘well known’ or ‘famous’ and were thus to be preserved. Thirty-three were ‘not to be destroyed unless destruction is imperative’ and one hundred and sixty-eight were deemed as not needed to be preserved!

Liddle mentions the ideas of Ebenezer Howard and the garden city and how these ideas were incorporated into the plans for New Delhi. She details how the various government buildings were planned and how the bungalows of New Delhi were planned according to the strict and convoluted hierarchy of the Civil Service in British India. Even the roads were named according to rank—with those closest to the city centre being named after British royalty.

All this makes for great reading for a resident of this city. In fact it gives a very substantial historical foundation for the Delhiwalla’s obsession with tony addresses.

Liddle’s book on New Delhi shows how the city of New Delhi was laid out to clearly segregate the rich from the not so rich, the powerful from the not so powerful. And to leave ‘India’ out. The expansive gardens and wide boulevards of New Delhi were designed and planned as an exclusive enclave for the powers that be. The riff-raff was to be allowed inside only to pick up after the sahibs.

In many ways, though now jostling for space in the larger and more confused space of the hyphenated Delhi-NCR, the city of Delhi still retains its classist and elitist character. In NDMC we even have a separate civic body to maintain British built New Delhi for the rich and the powerful that continue to reside there.

The construction of the city was assigned to a series of Muslim and Sikh contractors and was severely delayed due to financial constraints that came into effect during World War I when the resources of the empire were directed to the imperial war effort.

Liddle’s book charts the difficulties and delays that led to the formal inauguration of the city of New Delhi on the 10th of February 1931. A public fete was held to celebrate the occasion with Lord and Lady Irwin, the Viceroy and Vicereine of India sitting at the ‘Jharoka-e-Darshan’ in the Red Fort––waving the blessings of a benevolent British Raj on masses of adoring Indians. RAF held a fly-past to celebrate the birth of New Delhi.

Liddle points out that though the new city was monumentally magnificent, it had somehow failed to highlight the Indian demand of self-determination and sovereignty. This was not in keeping with the times.

The great gardens, domes, arches and colonnades of the buildings of New Delhi did the opposite. They were regressive in their grandeur. They kept the ‘real’ India at a remove while impressing the Indian with the full heft of British colonial might and power. This was ironic as within a space of fifteen years New Delhi would be the capital of Independent India.

The book describes the celebrations that took place in New Delhi when India got its Independence and how civic life in Independent India changed New Delhi and Connaught Place with it.

Today even New Delhi—the seventh ‘magna urb’ to transform Delhi is 88 years old and Swapna Liddle’s book is an excellent introduction to the latest avatar of the city that will not die.

Connaught Place and the Making of New Delhi traces the journey of New Delhi from an idea to realization, to the city, as it exists today. It is an engrossing read that acquaints us with the challenging conception of New Delhi.

This book is must read for any visitor to New Delhi. And for residents of Delhi who are interested in their city’s recent history. Ever wondered how Pandara Road got its name? Read the book!

I expected the book to be about how the microcosm of Connaught Place and its merchants and shopkeepers formed relationships with each other and the citizens of New Delhi to shape an upcoming mega polis. And how changes in the city caused changes in the great shopping centre. I thought I was opening a tome that would bind commerce, culture, corruption and cohabitation in Delhi as mirrored by the fluctuating fortunes of the vendors of Connaught Place: how Connaught Place became CP and how CP became Rajiv Chowk.

However, the title of this book is very misleading. While it is an excellent book on Delhi, Connaught Place is just a meagre chapter in this book.

Paresh Kumar enjoys reading immensely. He works as an engineer in GE Power in New Delhi.