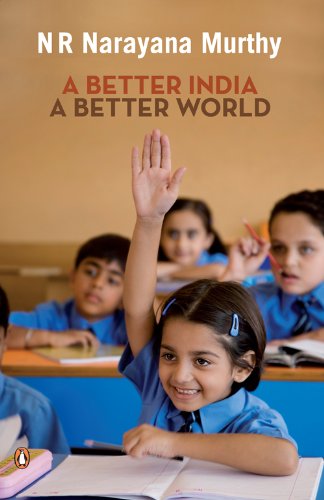 The information technology industry occupies substantial quantum of public discourse space in India—be it in the times of boom or during a phase of recession. It invariably figures prominently in any discussion on economic liberalization or globalization of the Indian economy, and rightly so. It is also the darling of the middle India, stock markets and millions of people with an aspiration to acquire wealth. Within the attention the information technology sector gets, it is one company that occupies the maximum space. And that is Infosys (for a brief period the limelight was on Satyam, though for entirely different reasons). This makes Infosys the poster boy of the information technology industry as well as economic libersalization. It is this halo around Infosys that makes books written by two of its founders in quick succession noteworthy. The book under review, written by N.R. Narayana Murthy was conceived and got ready before the one by Nandan Nilekani, but it seems Murthy wanted his junior colleague’s book to be released first.

The broad theme of both the books is the same—the problems Indian society faces and solutions to some of them. Nilekani’s book raised the bar as it offered new solutions to some of the old problems facing the country, whereas Murthy’s book is a collection of his speeches delivered over a period of time and does not contain any new material as such.

As with his company, expectations from Murthy’s book were also high. It was anticipated that he would tell the story of the making of Infosys, the travails and turbulence it faced in the first decade and how it perfected a new model of doing business in India. If you are looking for any if this in the book, you would be disappointed. Yes, Murthy does talk about the famous train journey from Nis to Istanbul in 1974 and the hours he spent in lock up in communist Bulgaria. This event, which Murthy says transformed him from a ‘confused Leftist’ into a ‘determined, compassionate capitalist’, has been recounted by Murthy several times over in the book. One would have expected greater insight into the events preceding and following this event and the process of transformation. But the book does not do so.