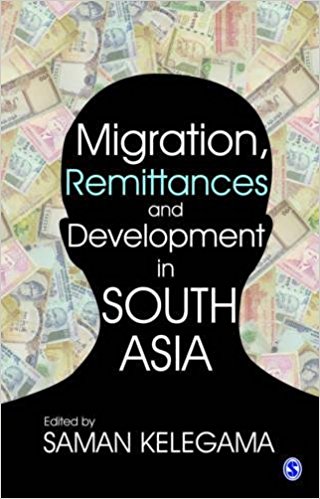 Remittances have tended to be viewed as an adjunct to issues in development despite its recognition as a contributor to various facets of development. This book goes further to examine how migration should be brought into the mainstream of development planning and directed in a manner that migration, just as much as other population changes, are an integral part of the development factors. It contends that development must be conceived of, and understood as, a dynamic process with the goal of enlarging the scope of human choices and creating an environment where citizens can live with dignity and equality.

The chapters on individual South Asian countries document both the benefits and adverse impact of out-migration. Most countries of South Asia depend on remittances to strengthen their balance of payments and contribute to GDP. More important is the fact that the living conditions of the poor have improved owing to remittances from migration. There are several problems encountered by the migrants and although livelihoods have improved, remittances have often resulted in aggravating inequality. The book brings out these benefits and adverse impacts in a balanced manner.