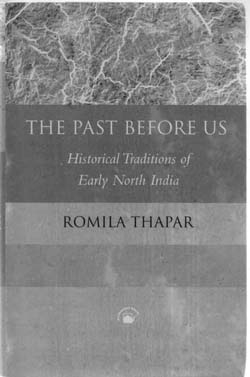 This is a book that the world has been waiting for. Romila Thapar has been working on it for quite some time. She would publish an occasional paper on the theme since the middle of the seventies of the last century. Our appetite has been whetted ever since. The result of nearly half a century of working and reworking as well as mediation on the subject, here is a monument to scho-larship of the finest variety. Here Thapar makes a statement about the way in which Indian civilization looked at its own past, different from the way in which earlier scholars like A.K. Warder or V.S. Pathak have tried to present a counter argument against the allegation that India had no sense of the past or of historical tradition.