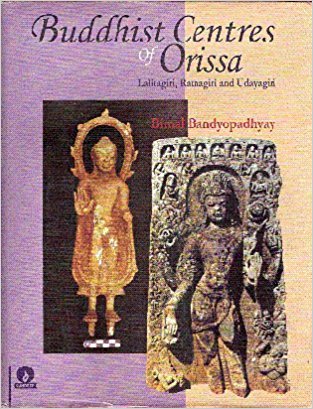 For most people, the term ‘Buddhist monuments of India’ automatically brings to mind the Sanchi stupa and the magnificent cave complex at Ajanta; or perhaps the medieval monastery at Nalanda. Names like Lalitagiri, Ratnagiri and Udayagiri in all probability draw a blank. This is not altogether surprising. Although these three centres, located in a chain of low hills in the Cuttack (present Jajpur) district of Orissa, are the sites of monastic complexes which in their scale and grandeur rival Nalanda, they have unfortunately been the ‘Cinderellas of Indian archaeological exploration’. Forgotten for centuries in impenetrable jungles, the three sites were first described in detail by C. S. Banerjee, District Magistrate of Jajpur, way back in 1870. For the next few decades, a number of government officials and scholars visited the sites. Their reports tell a sorry story of neglect and indifference. In 1875, John Beames, Magistrate of Cuttack described the remains of Lalitagiri and Udayagiri as ‘a perfect mine of archaeology, and one which has not been thoroughly explored.’ He ordered the removal of a massive and beautifully carved gateway from Udayagiri, to be set up in the public gardens of Cuttack.