Cheese-making, E-mail and All the Rest 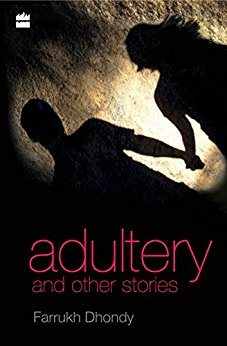 Lectures on poetry, commentaries on textbooks on cheese-making, emails about the inside deals in publishing houses, marketing strategies and businessmen gigolos–these are some of the varied subjects encountered in Farrukh Dhondy’s Adultery and Stories. Adultery, is actually a novella about an poet Sufi and his views, poetry and life, main characteristic of this collection is established right from the start—Dhondy’s rapid and sometimes confusing shift of perspective from one character’s point of view to the other. Whether the perspective is that of Sufi’s, or his wife Joannas, there remains no doubt as to whose story is being told. Sufi remains the central protagonist, we are constantly coerced into seeing things from his position. Trying to live his life remaining true to his own ideological stand, Sufi is alienated not only from his immediate context, but also from his relationships. Abandoning his wife for a sexual/romantic adventure with a young American student, Sufi is soon enough abandoned by his paramour when she meets bigger and more successful literary celebrities.