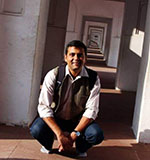 In this article I shall try to provide an analysis of Muslim representation in the political arena, though restricting myself only to the Lok Sabha. The primary focus is to capture the broad trends and patterns, along with the historical, institutional, and spatial features which act as an impediment towards adequate representation, commensurate with their population share.

The Muslims in India prior to Independence were a leading group with a majority in two large regions in the East and the West. The Partition of India had an adverse impact on their demographic pattern more than any other group; it turned them overnight into a dispersed minority. The community has a sizable concentration only in three States, Uttar Pradesh, West Bengal, and Bihar. The three other States with considerable Muslim population are Assam, and smaller States like Telangana, and Kerala. The community is in a majority only in the Union Territories of Jammu & Kashmir and Lakshadweep.  It is therefore not surprising that of the 543 seats in the Lok Sabha, Muslims are a majority in just 15 seats. In India, a majority of our Lok Sabha constituencies have a rural, or semi-urban profile. Muslims in India are highly urbanized in comparison to other groups. Therefore, it is not surprising that the spatial distribution of the community puts it in a disadvantaged position to begin with and makes them dependent on others for their political representation. It is therefore hardly surprising that the Muslims in India have historically positioned themselves as a swing voter, and mostly favoured candidates from other socio-religious groups as their representatives.

The Constituent Assembly decided to retain the first-past-the-post system (FPTP) as an instrument to aggregate votes. The aggregative imperative of the FPTP nudges political actors to seek a plurality of votes at the constituency level. This is especially the case in a fragmented party system. This aggregative impulse is desirable, in normal course it has the ability to make political platforms more inclusive. Therefore, a dispersed minority group such as the Indian Muslims have an incentive to align themselves with any political platform willing to accommodate their concerns. However, this desire to aggregate votes by casting their net wide in order to incorporate diverse groups may come to naught if the political system veers towards majoritarian consolidation. This can make even the parties accommodative of minority interests in the past wary of forging an inclusive platform, as any attempt to forge such a platform could be construed as pandering to a minority and politically counterproductive. In such a restricted scenario, the political parties are often willing to accommodate minority community candidates only from the seats where the community is in substantial number and are also reluctant to visibly come across as being accommodative of minority interests on political platforms.  Therefore, the nomination along with the electability of a minority community candidate becomes dependent upon the nature of inter-group relations. In such a scenario, the minority community candidates may be electable only from the constituencies where they are in substantial numbers.

The Indian constitutional schema provides political representation only to the groups classified under the category Scheduled Castes and Scheduled Tribes. The long shadow of the Partition made the drafters of the Indian Constitution sceptical of any institutional accommodation based exclusively on the group’s religious identity. The absence of any formal compensatory institutional mechanism makes the Indian Muslims much more dependent upon the support of other groups for their political representation.

The Muslims in India have remained under-represented in each successive Lok Sabha, but what has changed in the recent years is the pattern of their nomination and representation. A major factor impacting is the reluctance of political parties to nominate them in the first place from constituencies where they may stand a chance to win the election. Though there has been a visible increase in nomination of Muslim candidates in recent years, this increase is largely due to a large number of them being nominated by smaller parties with bleak winning prospects or as an independent. The parties of some electoral standing increasingly prefer to nominate Muslim candidates only from the constituencies where they are in substantial numbers. This has certainly been the trend since the general election to the 15th Lok Sabha. The geographical spread of the community makes the formation of an all-India Muslim party not a viable proposition, as the community is a minority in a majority of Lok Sabha constituencies. Therefore Muslim-led parties have either not met with success, or they have been successful only in regions with a large concentration of Muslims. With the exception of All India Majlis-e-Ittehadul Muslimeen in recent years, the Muslim-led parties such as the All India United Democratic Front, and Indian Union Muslim League have had limited success only in their respective strongholds.

In the initial elections, a large number of Muslim candidates were nominated by the polity-wide parties such as the Indian National Congress, the Communist Party of India (Marxist), and the Communist Party of India. The visible fragmentation of the party system since the late eighties led to the ascendance of caste-based parties and regional parties.  The imperative to pool votes in order to reach a plurality at the constituency level made these parties seek a wider social coalition. This made the Muslim community electorally attractive as the community was able to position itself as a swing voter with an ability to help its most preferred party cross the electoral threshold and win. This is the main reason why since the 1990s a large number of Muslim nominees have come from parties such as the Janata Dal, Samajwadi Party, Bahujan Samajwadi Party, Rashtriya Janata Dal, and All India Trinamool Congress.

The political ascendance of the Bhartiya Janata Party (BJP) has impacted not so much the nature of Muslim under-representation but the pattern of nomination from political parties other than the BJP. The ideological agenda of the BJP and the hold it has come to exercise both politically and culturally has put even the traditional claimants of Muslim votes on a backfoot. The fear of losing votes makes them reluctant to visibly accommodate Muslim interests on their party platform, nomination too is largely restricted to the constituencies where the community is in substantial numbers. The dwindling political fortunes of the Indian National Congress, the Communist Party of India (Marxist), and the Communist Party of India, the parties which in the past nominated a majority of Muslim candidates, has further added the current quandary of Muslim nomination and their winning prospects.

The fact that a disproportionally large number of Muslim candidates are fielded by parties with bleak electoral prospects or as an independent candidate puts them at a disadvantage from the onset. Therefore, it is hardly surprising that a majority of them are unelectable to begin with, and contribute towards Muslim under-representation.

Since the first Parliamentary election in 1952, Muslim representatives have come from 35 political parties, majority of them from the Indian National Congress, followed by CPM, JD, SP, BSP, JKNC, and AITC in recent years. Muslim-led parties like IUML, AIMIM, and AIUDF have continued to retain their hold over their traditional strongholds. States with either a substantial Muslim population or regions with substantial concentration—West Bengal, Uttar Pradesh, Bihar, Kerala, and the Union Territory of Jammu & Kashmir—are the ones where Muslim representatives have been elected from, thereby underscoring the significance of spatial distribution to the representation of a dispersed minority.

In the last three Parliamentary elections, the majority of Muslim representatives have been elected from constituencies with substantial Muslim population; this is different from earlier elections when a majority was elected from constituencies where the community is in a minority.  The presence of large numbers of Muslim candidates from smaller parties or standing as an Independent have also marred the electoral prospects, as they often cut into the votes, and impact electoral prospects, of even strong Muslim candidates.

The fact that on a substantially large number of seats, Muslim candidates lose election because of undercutting by other Muslim candidates in the electoral fray underlines the plurality of axis on which the community exercises its electoral choices. Though traditionally, the Congress Party has been their preferred choice, with the decline in its political fortunes, rise of backward caste parties, and the political ascendance of the BJP have come to shape their political preferences. The community hardly votes as a bloc, its voting preference is determined by the nature of political competition in the State. In States where there is a political contest between the Congress and the BJP, they vote for the Congress. The Muslim vote fragments when there is more than one viable alternative and the BJP is not in the reckoning, which too underscores the plurality of axis on which the community exercises its voting option. There is survey evidence to suggest that they even vote for the BJP, that some vote for the Party underlines the significance of choices made at the constituency level and how it is also the local context which very often shapes electoral choices.

The fact that Muslim representatives are increasingly being elected from the constituencies where they are in substantial number, along with the reluctance of traditional claimants of Muslim votes to provide a platform to accommodate community interests has created an opportunity for a new kind of Muslim political leadership. Unabashedly vocal, articulate and assertive when it comes to expressing community interests, this new leadership, Asaduddin Owaisi of the AIMIM being its prime example, has galvanized at least some within the Muslim community to explore the possibility of giving them a chance. However, as below par performance of the AIMIM highlights, the electoral choices still continue to be determined by the regional and local factors even when a section has visibly taken note of these newer claimants. The fact that the voter turnout among the Muslims continues to remain quite high, despite their being structural impediments towards their representation in the political arena, bears testimony to the internalization of the democratic mores by the community and is something to be celebrated. However, the identitarian turn in Indian politics, with majoritarian overtones, has thrown up new challenges and how the second largest religious community negotiates these challenges has the potential to recast the contours of our body politic and standing as a democracy.