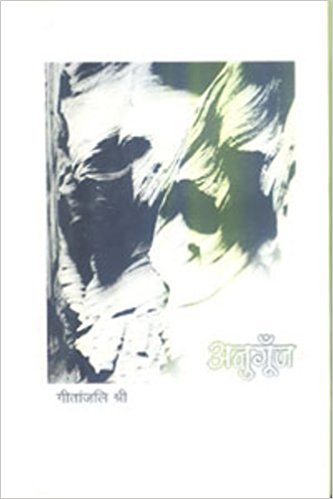 As the Hindi short story spills beyond its patriarchal enclosures, rebellious fervour gives way to a self-reflexive and intellectually calibrated mode of storytelling. There are no easy passionate outbursts or relentless bouts of ideological sloganeering. The young breed of woman Hindi writers, particularly of the 90s, sustain the credo of protest set into motion by an earlier generation of writers, through a critical resurrection of the issues that were once thought to have been sufficiently clinched in favour of the woman. Old denouements inspire new dialogic take-offs.

Much before her well-acclaimed novel Mai, Geetanjali Shree had launched her creative enterprise with a collection of stories entitled Anugoonj (1991) that echoed the predicaments of ‘the new woman’ imagined by earlier writers. The echo is not just a romantic reverberation of the original salvo; it is the counter-sound too. Shree’s acoustics register those little noises, dissonances and discords that puncture, if not totally disrupt, any given mode of survival—including that of protest.

The woman-centric tales configure the ironies of the so-called ‘free’ space that ‘the new woman’ had rather violently reclaimed from the clutches of patriarchy long ago. The stories in this sense are stories of post-protest as the situations are far too complex and double-edged to be approached in terms of mere rhetoric. In the very first story of the collection, ‘Private Life’, the unmarried educated woman breaks free from the family fold to live in rented accommodation independently. Instead of negotiating the space for private life, the woman protagonist chooses to lead a bohemian life—marked by “cigarette . . . beer . . . white man” (p. 12), inviting strong reactions from patriarchal relatives and neighbours. The story does not answer questions; rather it raises some—should a private life border on the licentious? Also, an equally pertinent counter-question—would patriarchy ever concede intelligent adulthood to woman?

Each story records a mini-tale of struggle beyond the allegorical binaries of defeat or victory. Very eloquently, in her story ‘Bel-patra’ (‘Leaf of the Wood-Apple Tree’), a female character Fatima sets the tone of Shree’s creative dynamics thus: “This I have understood that small battles are real. Big battles are easy. We fight them with pride and die for them with a sense of pride. But these small battles . . . cling on to us like termites – as disgusting as insects . . . they just eat us from within. These battles are so small that it becomes difficult to see their relationship with big honourable prestigious battles”(p. 28). There is little scope for any melodrama or heroics in small struggles, as protagonists undergo mutations from within. In the story, when everything right from cow-dung to horse-excreta is communalized beyond recovery, forging even a working secular marital life proves to be a greater challenge than marrying across religions.

Shree’s stories pertain largely to the politics of interior landscape—a space hitherto assigned to the women by the ‘outgoing’ patriarchy. It is through the poetics of space that the storywriter exposes gender-based hierarchies in relationships that otherwise pose to be quite sympathetic and accommodating. In ‘Tinke’ (‘Straws’), Hemant, a busy husband, proposes to fix an additional bulb in the ‘kitchen’ for the comfort of his wife Chanda, but when it comes to extra lighting in the ‘sitting room’, he hardly bothers to consult her. The secure domestic space suddenly appears vulnerable as Shree’s woman characters threaten to transgress the gendered zones.

The space of the woman lapses into a closed orbit in the title-tale ‘Anugoonj’ (‘Echo’) as well. The much-cherished security of the household fails to enamour Muniya, the educated housewife as she watches intently the royal battle outside between the rain and the sun: “Who will win today? Sun or rain?”(p. 130). A constant play between the two, in all its permutations and combinations, provides a dynamic foreground to the otherwise deceptively passive inner situations in Shree’s short fiction. In another story ‘Peela Sooraj’ (‘Yellow Sun’), dark clouds suddenly overtake the woman protagonist, their dreadful thunder mirroring her inner turbulence. The story ends with a question: “After this tempestuous rain would a big yellow sun rise?” (p. 40). In ‘Darar’ (‘The Crack’), the roof leaking drop by drop becomes a metaphor for Kalpesh’s progressively degenerating life till he takes shelter under the tin-roof of his servant’s quarter.

More than simple feminism, what really informs Shree’s stories are its pangs and confusions, its quarrels with itself. ‘Kasak’ (‘Pangs’) unfolds the tension between the two approaches to life—one is that of intellectual aggression and the other of natural spontaneity. The two friends in the story are external projections of the same divided self. One part is politically hyper-conscious; the other is equally indifferent. One part reads the politics of power in every human action; the other tends to lead life by sheer instinct. One dreads the vastness of the sea; the other simply takes its waves in its strides. Yet both, despite their inner anxieties and fears, seek to combine in moments of challenge. And this togetherness of different approaches engenders open-endedness in Shree’s fictional forays.

Shree’s stories are interludes of sophisticated metropolitan life. The characters walk in and out of relationships without the usual claptrap or thunder of morality; only echoes travel through the space. In ‘Hashiye Par’ (‘On the Margin’), the divorced woman protagonist’s seasonal intimacy with married Rajat is never raised to the level of any solemn relationship. Both are aware of the transience of their encounter. Also her break-up with her husband Naresh is never sensationalized; both come to the realization that there “is no point in flogging a dead horse” (p. 116). There is no full-throttled anger, but only disenchantment. In ‘Safed Gudhal’ (‘White Hibiscus’) as well as ‘Anugoonj’ (‘Echo’), there is sufficient disillusionment between the life-partners, but the violence of divorce is deliberately postponed.

In some stories however, the echoes become too audible; what should have been left out at the level of suggestion is brought forth explicitly. In ‘Doosra’ (‘The Other’), for instance, Shree does not leave situations unexplained; she tends to verbalize the inner complexes of both Bhagirath and Neelam. Also in ‘Tinke’, the binaries between Chanda and Didi and then between Kisshu and Shanu are bland and predictable. The story ‘Peela Sooraj’ is all noise. At times when characters break into English expressions, which by now have become part of metropolitan lingo, they sound too obvious and even loud. Bold and big expressions such as “post facto rationalization”, “we are a bastard lot”, “you are a phenomenon in the bed” work against Shree’s poetics of echo.

Shree’s singular focus is on the dilemmas of the modern educated woman, which in terms of range may not be very spectacular, but in terms of their intensity and authenticity, extremely enriching. It is time that the Hindi short story stepped out of its traditional constituency of rural India to negotiate with the emerging metro-sensibi-lities—something it has been wary of, for political reasons. Shree’s stories bridge the gap between Hindi and Indian English fiction as her highly educated characters come to terms with the issues of existence, displacement and the politics of relationships—issues which have hitherto been taken up almost exclusively by ‘elite’ Indian English writings.

Akshaya Kumar is in the Department of English, Punjab University, Chandigarh.