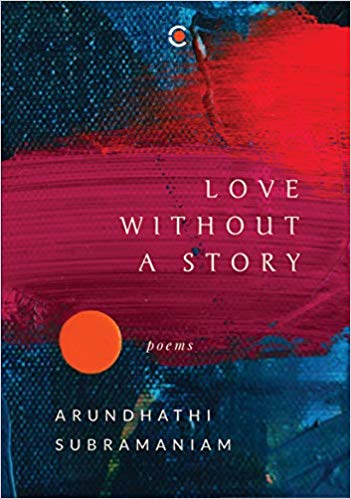 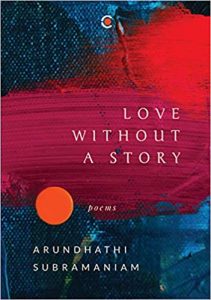 The voices so near and yet so far consume a poet’s mind and oeuvre. Sometimes you are a dreamer and sometimes you look to depict reality. The characters and images run in and out of Arundhathi Subramaniam’s poems as you soak in oneness with the plots and sub plots within the lines. For instance, in the poem ‘In short’, she says, ‘and one day you realize you’re pane too, freckled by your own rigmaroles of vapours’. A short precise piece of revelation of human beings as intransient faces slapped on windowpanes, it reminds one of the effervescent essences of life.

The one poem describing the bus journey on the way to Ajmer Sharif is a telly-tale on also the kind of people and their faith on these spiritual seers! To each his own. The last line: ‘The poet and I exchange addresses.’ That’s a new age modernistic turn to the new age spiritual journeys where people meet for an above human experience yet keep mundane worldly aims in mind.

In another poem titled ‘When Landscape Becomes Woman’, a teenager peeping through the keyhole watches her own mother acting her social role as a perfect host, yet she understands her mother’s role as a pure woman’s attitude and not ‘geography’. The landscape that Arundhathi  transforms you to is autobiographical and concoction of her childhood and grown up people/images/fun-slides, yet completely relatable as you and me travel through life and its perils!

The wife hovers around her husband as an adjective in another poem aptly titled ‘Let Me Be An Adjective’.There is a passive acceptance in the lives they share and there is a wife who is always trying to take wings, yet fails and adjusts to her husband’s flight.

Drawing some references from ancient Indian texts/mystical verses in which Arundhathi  has achieved some mastery, her poems describe much vastness on issues of being mere mortals, imminent immortality and how death can be a lot of hard work.

The child in her ate mitti (mud) and what an explanation of mitti. In resonance of the Kabir doha, ‘Mati kahe kumbhar se’, like one feels when licking and consuming mud, it is a necessity for the poet.

The poem ‘Song for Catabolic Women’ describes in a broader light as:

we’re not trying to make our peace,

Not itching for a fight,

we don’t need your shade,

And we don’t need your light

The demarcation and confusion in the minds of loyal, truthful, energetic and out of box thinking of women is displayed in this poem. Catabolic women are celebrated, loved, desirable but not tolerated because as Arundhathi  defines, they are not interested in camouflage, not looking for a bargain or an invitation.

In another gem titled ‘The Lover’, The woman doesn’t call herself /a saint,/just a lover/of a saint. She introduces the poet into her private space and speaks her mind. The dialogue with her lover on her status in his life speaks volumes about the man’s psyche of having a woman both for love and lust. She is there attached to the man on the hope of nothingness. Neither her identity nor her need are important to the world at large but it is a scathing, stark naked truth for us, the world women understand so well.

Kasturika Mishra is a cataloguing Librarian for the U.S. Library of Congress, New Delhi. She writes for the digital media in Hindi, and her areas of interest include theatre, dance, classical music and literature.

Duality And Drama Of Life And Cinema
September 6, 2019