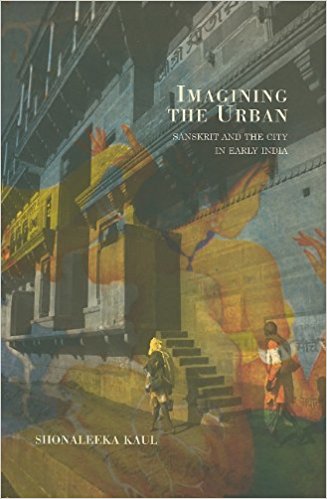 The study of urban history and processes in the early history of the subcontinent has remained much neglected. Teaching a class of fourteen year olds, I realized that the word ‘city’ conjures up a very modern imagery in their mind. The more perceptive ones talk about the fortresses and the tombs but with the exception of ‘streets cutting each other at 90 degrees in Harappa and Mohenjo Daro’, one seldom finds a mention of the city and its structures in ‘ancient’ history. Hence, Shonaleeka Kaul’s book Imagining The Urban: Sanskrit and the City in Early India is a timely and desperately needed intervention in this field of investigation. As the title of the book suggests, Imagining the Urban, ‘sets out to capture the idea of the city in early India.’ Urban Studies has been a popular field of study both in the West and in the later histories of the subcontinent. However, it has been done little justice in the study of early India owing largely to near absolute absence of archaeological horizontal excavations and a largely saturated de-urbanization debate among the historians of early India.

Kaul’s merit lies in her persuasive arguments in the use of the kavya literature for historical reconstruction. She has looked at over two dozen literary works from this genre that form the basis of her book. Historians have been reluctant in the use of Sanskrit literary texts over questions of providence, authorship and their biases over the veracity of the content. Kaul has brilliantly put such anxieties aside making compelling (and I daresay convincing) arguments for revisiting the literary texts and moreover, to study them not merely as adjuncts to archaeological findings.