Can Islamists be ever Secularized 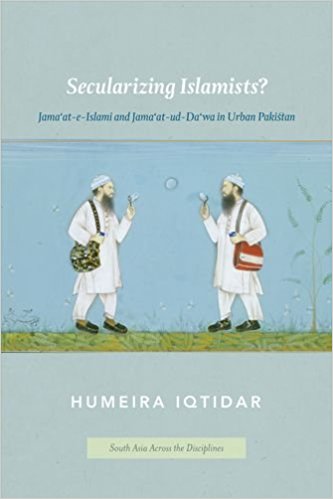 Any organized study on the religious and radical groups of Pakistan is perhaps the most relevant; in this, a study of two entities—the Jamaat-e-Islami and Jamaat-ud-dawa is perhaps the most important, for both are extremely organized. Though the critics would argue that despite being the most powerful religious political party, the JI could never gain much support either in the provincial assemblies or the national assembly of Pakistan. The only exception was the 2002 elections, when the JI fought elections under the MMA banner and the mainstream politicking was curtailed by General Musharraf’s regime. The JD, though currently eclipsed by the Teherik-e-Taliban Pakistan (TTP), is also well organized, but primarily within Punjab and focuses its activities in J&K and the rest of India.

Humeira Iqtidar, a lecturer in King’s College, London starts with the basic question—can Pakistan ever be a secular state? On the most pertinent issues of JI and JD, she differentiates between how these two entities were born; the JI, more as an ‘organic creation’, which was not ‘founded on external funding or direct official manipulation’ as the JD was created in the 1980s with Saudi money and Zia’s regime. Iqtidar also makes a comparison between Maulana Maudidi and Hafiz Saeed, and concludes that Saeed, in terms of his ‘scholarly achievements and intellectual prowess are no match for those of Maudidi.’ This difference in the creation—one organic, and the second artificial, along with the leadership styles and intellectual skills have made these two organizations dissimilar in terms of objective, strategies and popular support. Since Maudidi is an intellectual and scholar, he wanted to establish an Islamic state, whereas Saeed, despite all his rhetoric of establishing an Ummah, is basically an anti-Indian. Which is why, JD has attracted more support in Punjab, where the India threat looms large, when compared to other provinces.