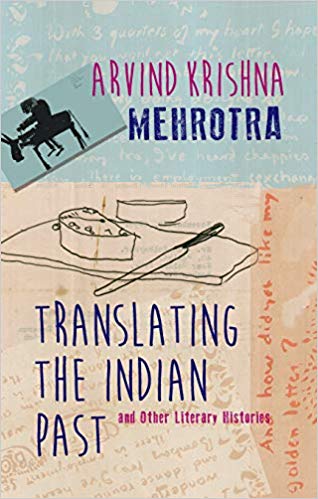 Arvind Krishna Mehrotra is rightly respected as a poet. About his criticism, there can be more than one opinion. A reader could be ever so slightly wary of a critic who is known for his extreme likes and dislikes, one is referring only to his corpus of critical writing on Indian poetry in English. His extreme likes can be summed up in three words—Kolatkar, Kolatkar and Kolatkar. Amit Chaudhuri and Adil Jussawalla also make a timorous entry into this penumbra. His dislikes are a bit more numerous, embracing Nissim Ezekiel at times, Shiv K Kumar (who stumbled from academia into poetry) and Kamala Das, the strait-laced lady who successfully faked promiscuousness and made a profession of it. One cannot deny that our heritage is rich and varied. There are others who have attracted Professor Mehrotra’s ire, like PR Parthasarathy who was the target of a famous nineteen page diatribe in Chandrabhaga, a magazine brought out by Jayanta Mahapatra.

However, in this collection of essays and the transcripts of lectures he has delivered, he is serene. There isn’t a negative word about anyone and the scholar in him has taken over. He has a scholarly opening chapter ‘Translating the Indian Past’, starting with Toru Dutt and Edmund Gosse chancing upon her manuscript. A great pity that she died so early at the age of twenty-one. Both she and her sister Aru lived in France from 1869-1873. Aru died at the age of 20. A Sheaf Gleaned in French Fields was Toru’s only book that appeared in her lifetime. What could a twenty-year-old write about? Ancient Ballads and Legends of Hindustan, what else? And the Hindu novelists of yore were terrific fabulists, who could put Marquez and Julio Cortazar in the shade. So a dwarf boy asks Bali for a boon, just a grant of land that he could cover in three steps. Once the boon was granted dwarf Vishnu grows in size, in one step he covers the earth, another step the sky and the third comes on Bali’s proffered head. Fable sat uneasily with history. No wonder Hindus could never write history, of course till Dinanath Batra arrived on this desultory scene and drove Donniger out, the way Aatish Taseer has been shown the door now.