Bridging a Gap Between Tradition and Modernity 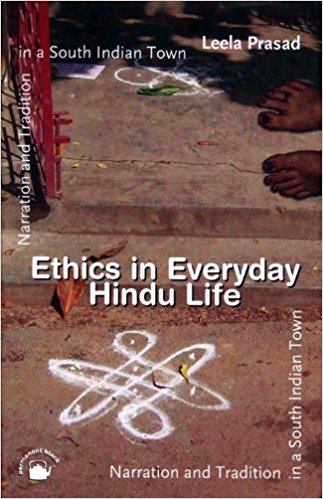 The text vs the field, the classical vs the folk, the occasional vs the quotidian. These have been some of the key oppositional categories through which sociology of India, particularly understandings of Hindu life and culture have been articulated and debated. This book, a result of the author’s field work in Sringeri (one of the four religious seats that embody and carry on Shankara’s philosophy of advaita), brings to the fore these debates and contextualizes these in her discernment of Hindu ethics as narrated by some people. I say ‘some people’ as the book draws primarily on conversations and narrations that the author has had with only a select number of people, primarily brahmins and families who occupy key positions in the Matha, temple, and in Sringeri town.