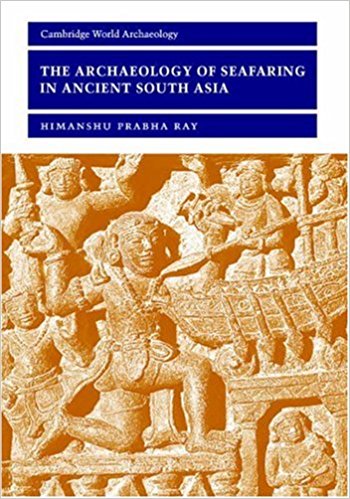 Himanshu Prabha Ray’s The Archaeology of Seafaring in Ancient South Asia makes a convincing case for the need to abandon an insular view of ancient India. Viewing the subcontinent within the larger world of the Indian Ocean, it replaces the usual episodic view of trade by a nuanced long-term narrative that stretches from the third millennium BC to the fifth century AD. With a primary focus on peninsular India, it swings back and forth between and among the regions lying between the Red Sea and the Indonesian archipelago. Ray weaves her narrative by marshalling an impressively wide range of archaeological, literary, and ethnographic data, questioning a number of prevalent assumptions and hypotheses along the way.Although Ray has written extensively on trade, The Archaeology of Seafaring is a much more ambitious work than, for instance, her Monastery and Guild or The Winds of Change. Here, Ray’s attempt is “to move beyond land-based concerns such as agrarian expansion and trading networks and to focus on the diverse range of communities within the spheres of trade, religion and politics that contributed to the cultural identity of an Indian Ocean world” (p. 1).